United States of America President Donald Trump has been causing all sorts of dramas. Since November 3rd 2020, Donald Trump has never been the same again. He has been acting weird after it was confirmed that he lost the presidential election which he personally believe he won won. Until now, Trump is still optimistic of pulling a surprise of overturning the election results. 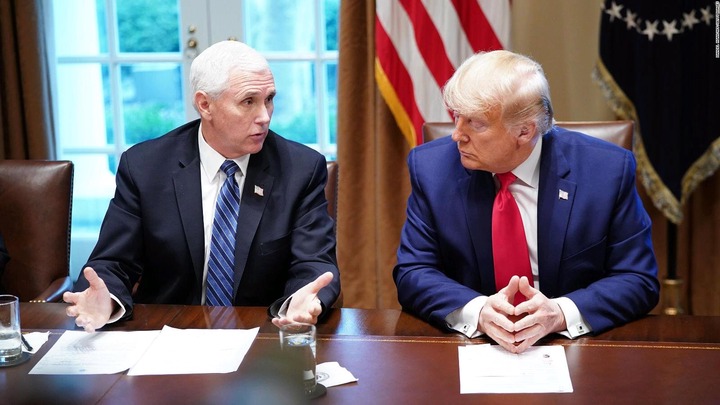 Donald Trump’s efforts to overturn the 2020 presidential election were dealt yet another court loss on Friday as the U.S. Supreme Court ruled 9-0 against his scheme.

Trump attorney Rudy Giuliani said Trump was considering his options, but many Trump supporters were taking the loss hard.

Few hours ago CNN Reported that the Supreme Court rejected a bid from Texas' Attorney General supported by Donald Trump, to block the ballots of millions of voters in the battleground states that went in favour of President Joe Biden. 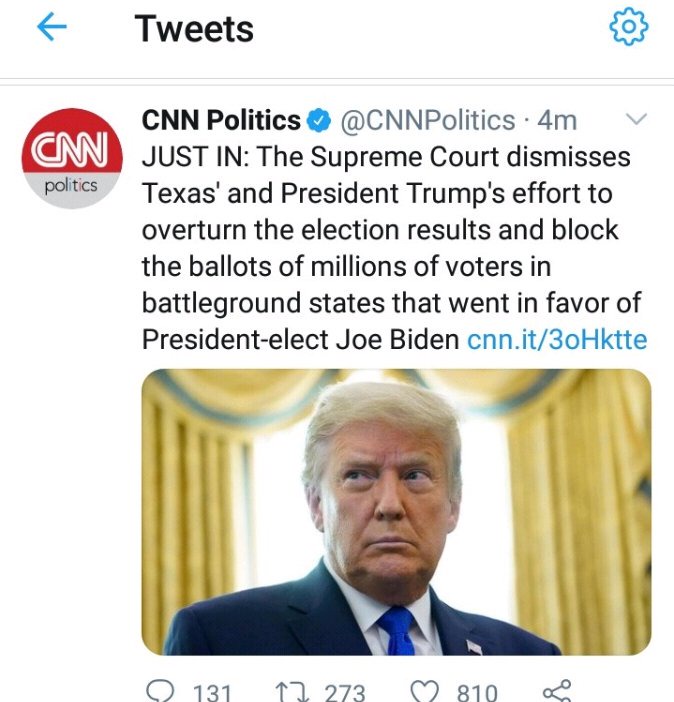 Trump and his supporters thought that Trump owned the Supreme Court. Trump has been calling the justices that he nominated his justices, but the Supreme Court belongs to no president. Only those who were severely deluded by Trump’s Twitter account and conservative media ever thought that the Texas lawsuit had a chance.