Uhuru Was Right; State House Exposes How DP Ruto Treated Uhuru Which Made Appear Like Co-President

By CasWrites (self media writer) | 29 days ago 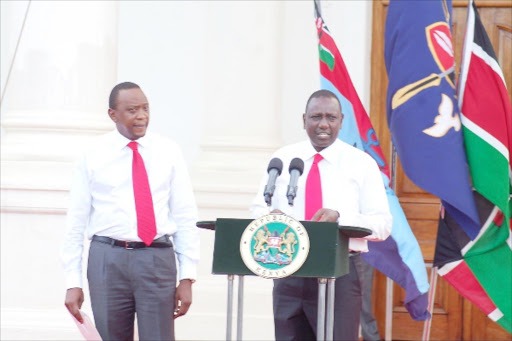 The differences between DP Ruto and President Uhuru Kenyatta continues to widen,with the next general elections only few months away.

Few weeks ago, President Uhuru Kenyatta had claimed that he is now working well in his second term,more than he did in the first term,where it was full of blackmail.He indirectly pointed that DP Ruto made it hard for him to work ,unlike in his second term where they no longer talk eye to eye with the DP.

And now State House sources have confirmed President Uhuru's claims that he was being blackmailed by the second in command making it hard,to perform his duties.

Sources said that the President Uhuru was really angry at DP Ruto,as he had to talk to him first before making decisions or any declarations.This according to them,made DP Ruto to think like he is co-president with Uhuru Kenyatta. 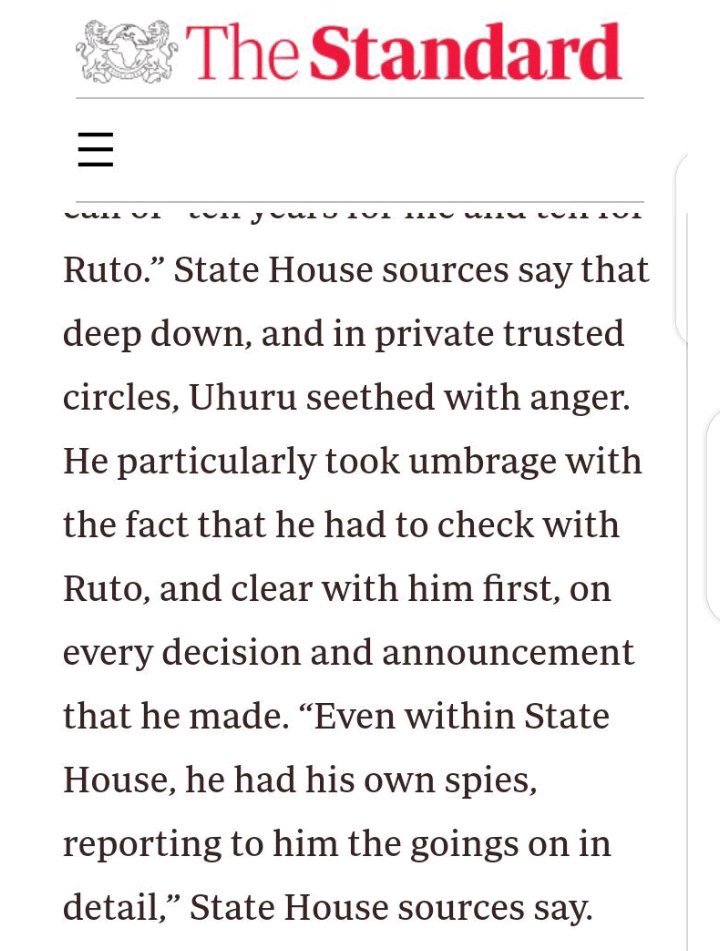 The sources further revealed that even Deputy President William Ruto had planted spies in State House,who were reporting to him on everything that was happening in State House.

It was also recently,when Raila Odinga in one of his campaigns,said that when saved President Uhuru Kenyatta where he was held hostage and he could not do anything.