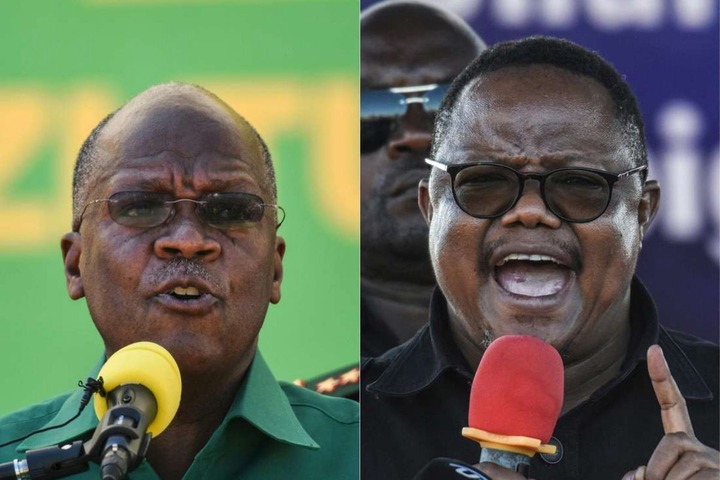 Millions of voters trooped to polling centres in Tanzania yesterday to cast their votes in the most extraordinary elections, which were conducted away from the prying eyes of the internet.

President John Magufuli shut down the internet, blocking citizens from various regions from communicating with the outside world.

However, crafty, technology savvy Tanzanians devised ways of sidestepping the government control on the flow of information and even managed to exchange video clips, making nonsense of the internet shutdown. 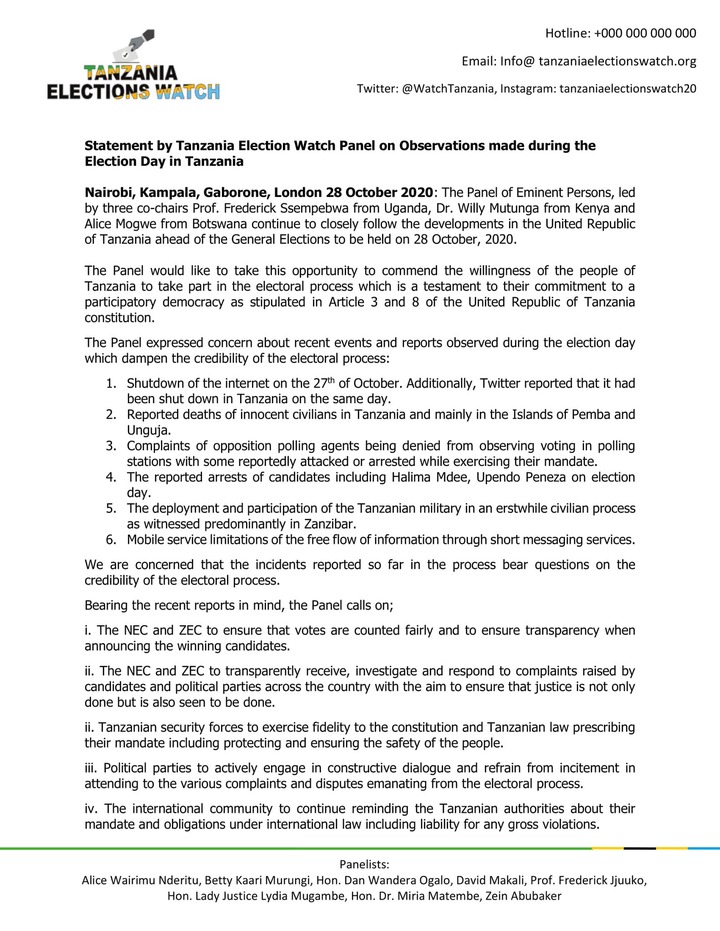 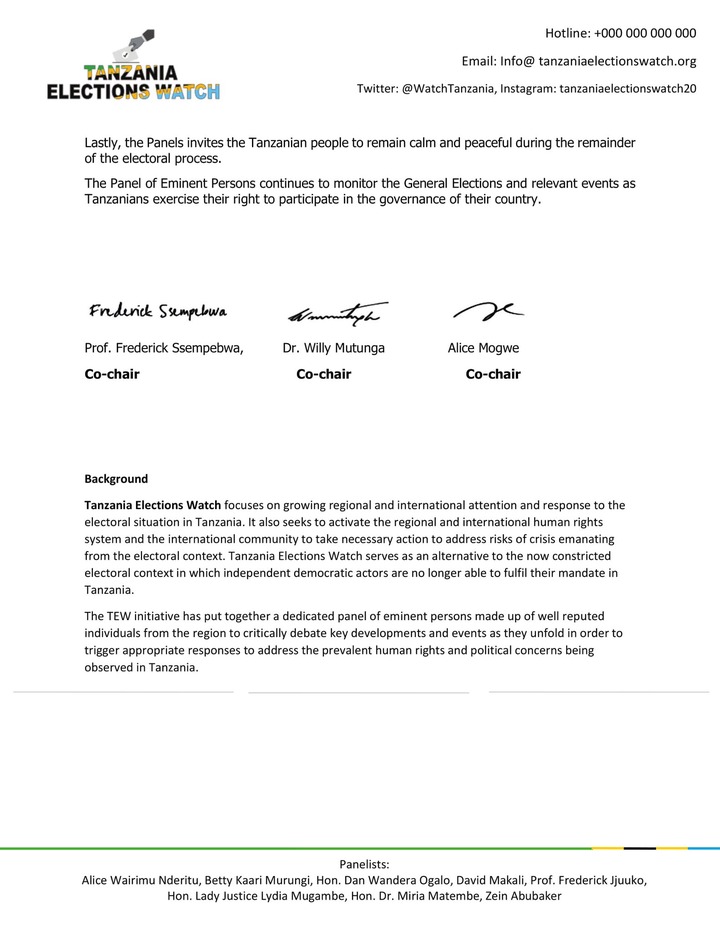 When the polling centres opened at 7am, agents were barred from carrying their phones while hawk-eyed police kept on check anybody who was using communication gadgets within the polling stations.

When asked how they would communicate with their bases across the country, some of the Tanzanians we talked to said they had anticipated such draconian moves and were prepared.

There were arrests of candidates including Halima Mdee, Upendo Peneza on election day.

There was shutdown of the internet on the 27th of October.

Twitter reported that it had been shut down in Tanzania on the same day.

Reported deaths of innocent civilians in Tanzania and mainly in the Islands of Pemba and Unguja .

All the information is given in the report photoed above that was issued by Tanzania election watch team. 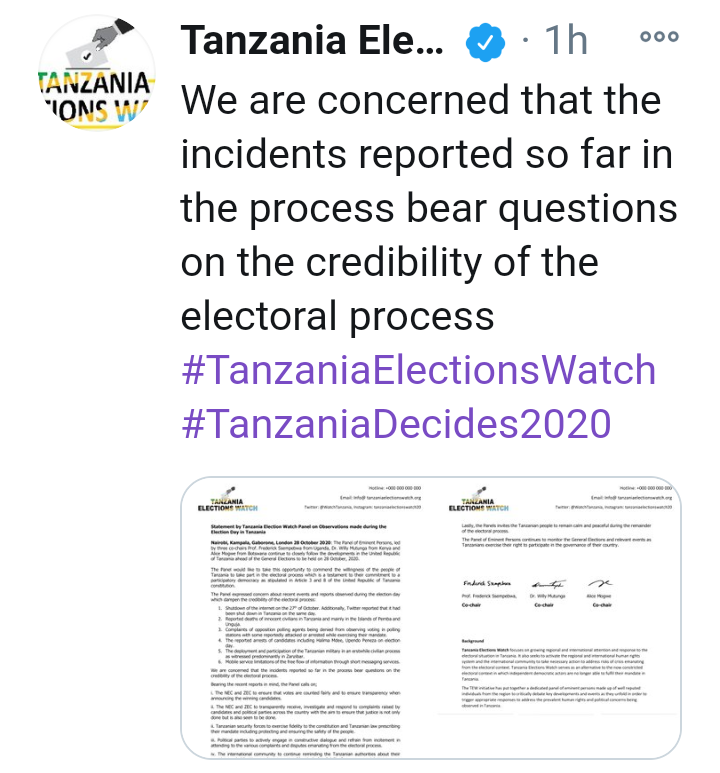