By Goodwriter (self media writer) | 1 month ago 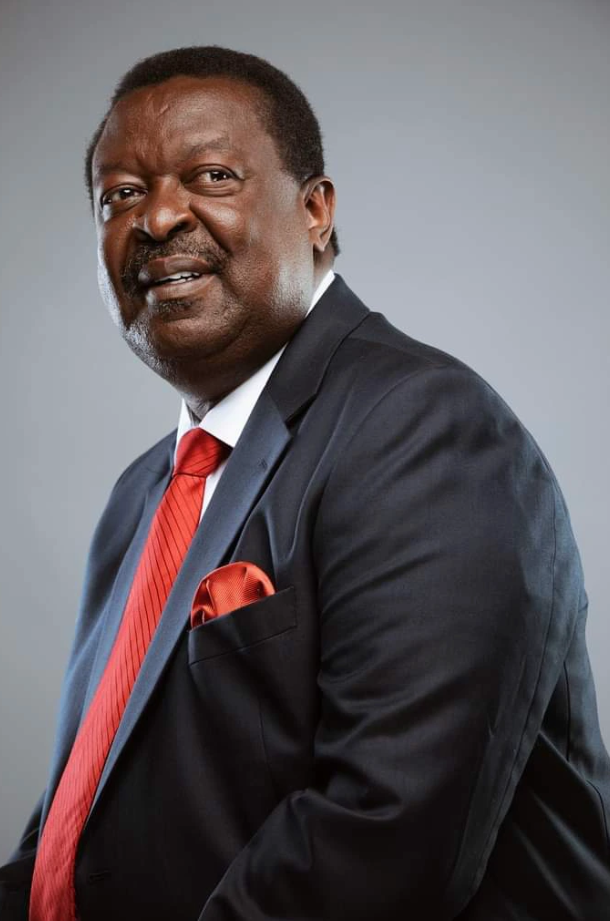 Musalia Mudavadi the leader of the Amani National Congress party is from Vihiga County which is also one of the founding members of the Kenya Kwanza alliance. According to the most recent opinion poll data the ANC party might have lost the governor, senator and women's representative seats if elections had been held today. According to the most recent opinion survey conducted by Mizani Africa Limited, the governor in office Wilberforce Ottichillo, has a 42 percent approval rating. Agoi an ANC candidate for governor is ranked second with 24.8 percent of the vote. 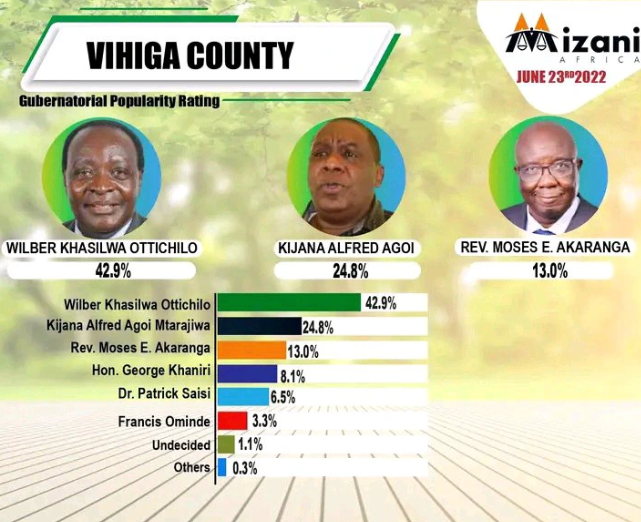 If elections were held today Godfery Osotsi of the ODM would win and be elected to the Senate with a 42 percent popularity rating, followed by Kedongo Jackson with a 25 percent rating. 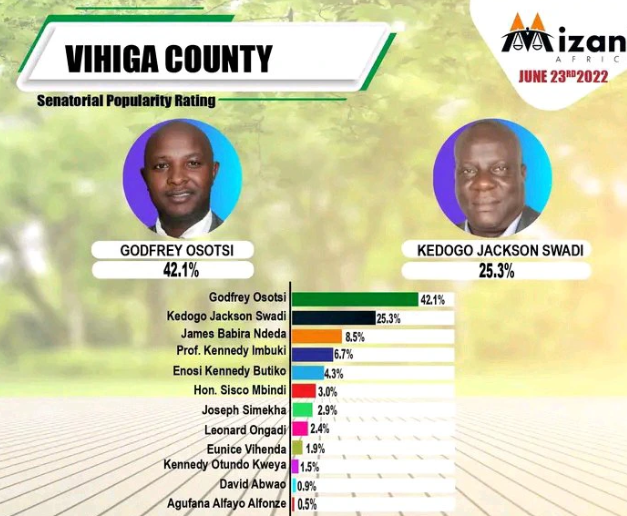 If voting were to take place right now, Violete Bagada of the UDP party would be in the lead with 38 percent of the vote. Beatrice Adagala, the incumbent women representative for the ANC who is running for re-election, is just 36 percent popular. 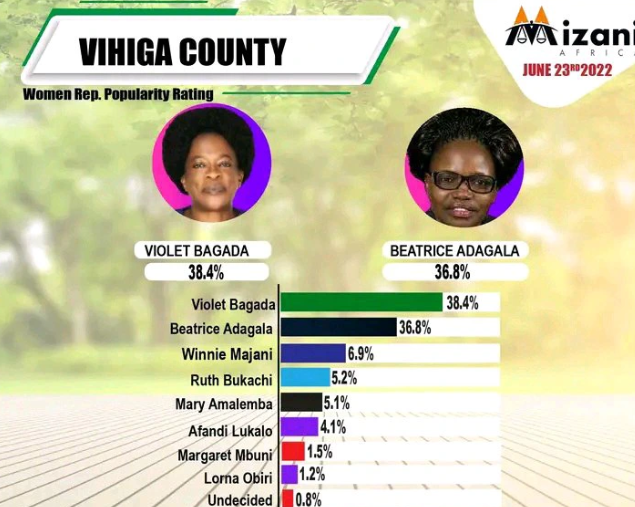 Content created and supplied by: Goodwriter (via Opera News )

Latest Provisional Presidential Results On Form 34B As At 9:30 Sunday