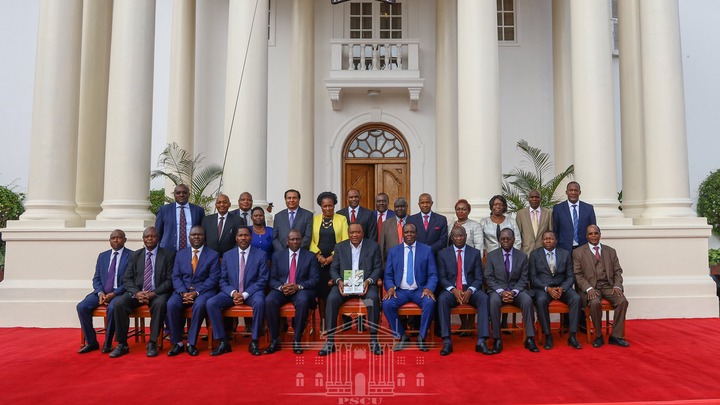 President Mohamed Farmaajo's Somalia's government has been in a high profile contest with president Uhuru Kenyatta's adminstration over the disputed maritime border between the two neighboring countries.

At the centre of the ugly contest is a stretch in the Indian ocean which the two nations have both laid claim on. And today, the international Court of justice ruled against Kenya in majority of the issues under contention with Somalia winning huge.

And now, the kenyan Government through a senior official in president Uhuru Kenyatta's cabinet has come out to finally break its silence over the high profile judgement delivered today and revealed what will happen.

Through Ministry of Agriculture cabinet secretary Peter Munya, the government of Kenya is not prepared to loosen its grip on the disputed territory and maintained that kenyans should expect to see their territory intact even after the ruling.

He says that not even a single nautical mile will be surrendered even as he seemingly hit out at the decision Which he indicated that is unfair. 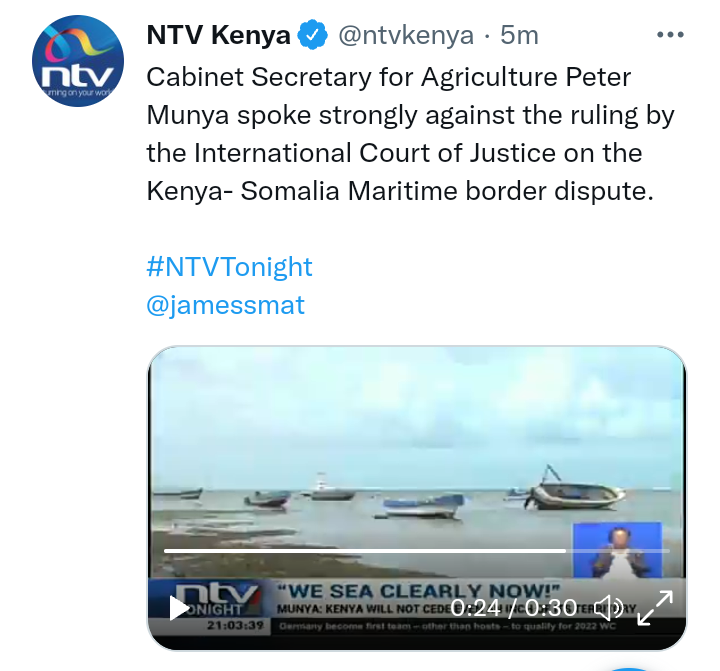 DP Ruto Leaks The 3 Tricks Uhuru Gave Him On How To climb Mt. Kenya In Style