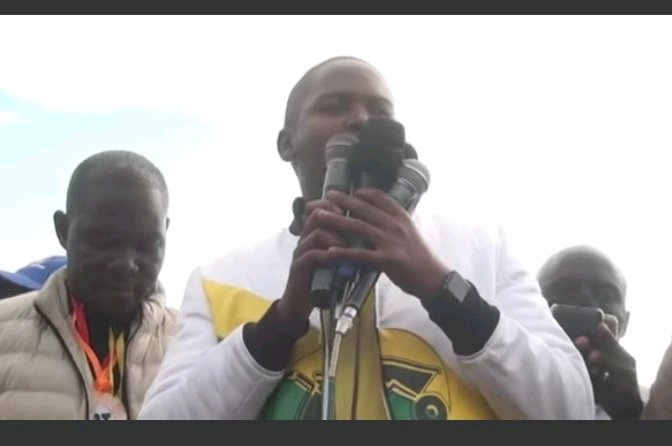 Saboti MP Caleb Hamisi and ODM Party Secretary General Edwin Sifuna struggled in Trans Nzoia County to address residents when one of the DP allies William Ruto invaded their rally. In a video shared online, Hamisi and Sifuna, who were seaking to ODM supporters, were forced to give Allan Chesang a chance to speak, after he arrived at the scene.

But taking the stage, Chesang, a candidate for the Trans Nzoia County Senate with a UDA ticket, strayed from the norm and began campaigning for DP Ruto and Hustler Nation on foreign ground as Hamisi and Sifuna watched. with dismay. " I was born and raised here. I want to assure you Caleb that these people only sing ODM but they are completely in the Hustler Nation, right? (Crowd answers yes) nikisema harambee sema UDA, Harambee (crowd responds UDA) " Saod Chesang before being interrupted by MP Hamisi. 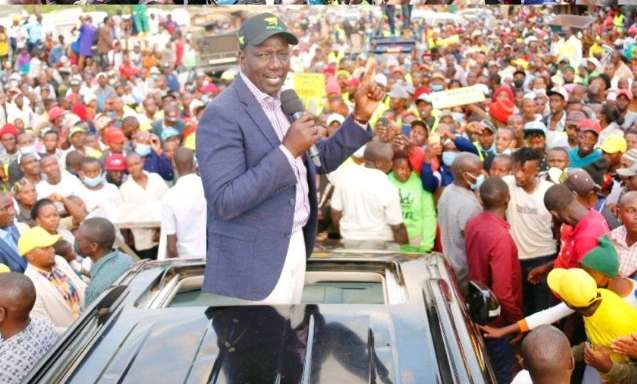 However, Chesang, who was wearing full UDA costumes, was forced to interrupt his speech and the Saboti MP threatened to take the microphone from him if he could not give up the UDA campaigns. He reminded Chesang that this was an ODM function and that he should call his rally to sell his UDA agendas.

There was a slight push before Hamisi took the microphones and handed them to Edwon Sofuna to address the crowd. Deputy President William Samoei Ruto finally revealed his schedule this week while in the town of Laikipia today. Ruto toured the region today to push the economic model from the bottom up ahead of the 2022 election. 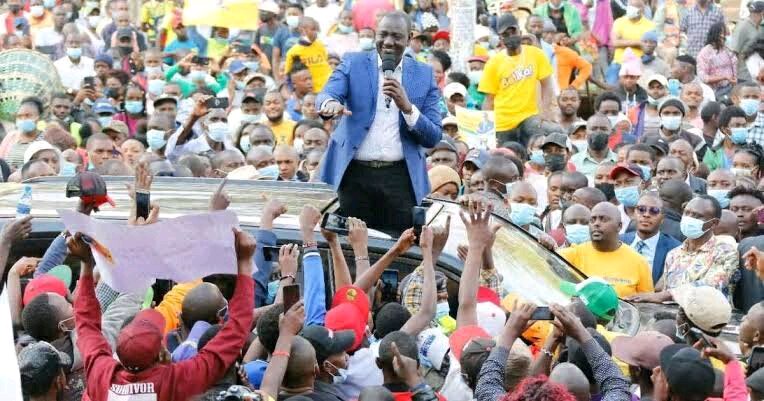 Addressing the residents of Laikipia town accompanied by key leaders in the region, he said he will continue his tour to different parts of the country to promote his youth and women' s empowerment plans.

Hon. William Samoei Ruto has said he does not believe in selfish politics and hate politics, revealing that leaders should not be drawn to such events which attract schemes to share their own power. He warned residents of the town of Laikipia to be vigilant and assess the leadership before making a final decision on who to support.