"I Want AP And GSU For Security, I Have Received Threats For Supporting Wanjigi" Eric Omondi Says Comedian Erick Omondi has raised Eyebrows after revelations That there is a group of individuals who are sending threats to Him on a daily basis while ordering Him to completely back off His idea of supporting Presidential aspirant Jimmy Wanjigi because they don't like the way He is influencing people.

Omondi has confirmed that He personally knows some of the people who are sending Him the threats while others are still Hiding their identities, and He has shared the messages with Police. They told Him to mind His business and concentrate on Comedy since this Country 'Has it's owners' who will make important decisions themselves.

Omondi However rubished the threats saying that His tormentors should at least go to Russia and learn How to send threats and stop being primitive since He doesn't fear them.

"I have been sent threatening messages and even the police have it and I have recognized some of the Suspects while others are still Hiding. They should not try to threaten Me because I will not surrender to their medieval tactics. They should travel to Russia to be fully trained on How to do the job in a more professional way. They say that I should leave politics alone and stick to my comedy career since this Country has its owners. "Erick says.

He however pointed His new House which was sorrounded electric fence saying that He will be staying there for sometime and be given the AP Police that Ruto refused so that they can guard Him during this time that His life is in danger. The Comedian also said that He has ideas that He will be releasing soon that is out of politics and majored in changing the lives of Kenyans for good.

"I Will be stating Here untill 19th October to Create more ideas that will shake the Nation when I release them. We have to change the Country and I see that I have the powers. I will be bringing the AP police and the GSU to guard Me. I have asked my lawyer and He said that it's my right to have security. " He added. 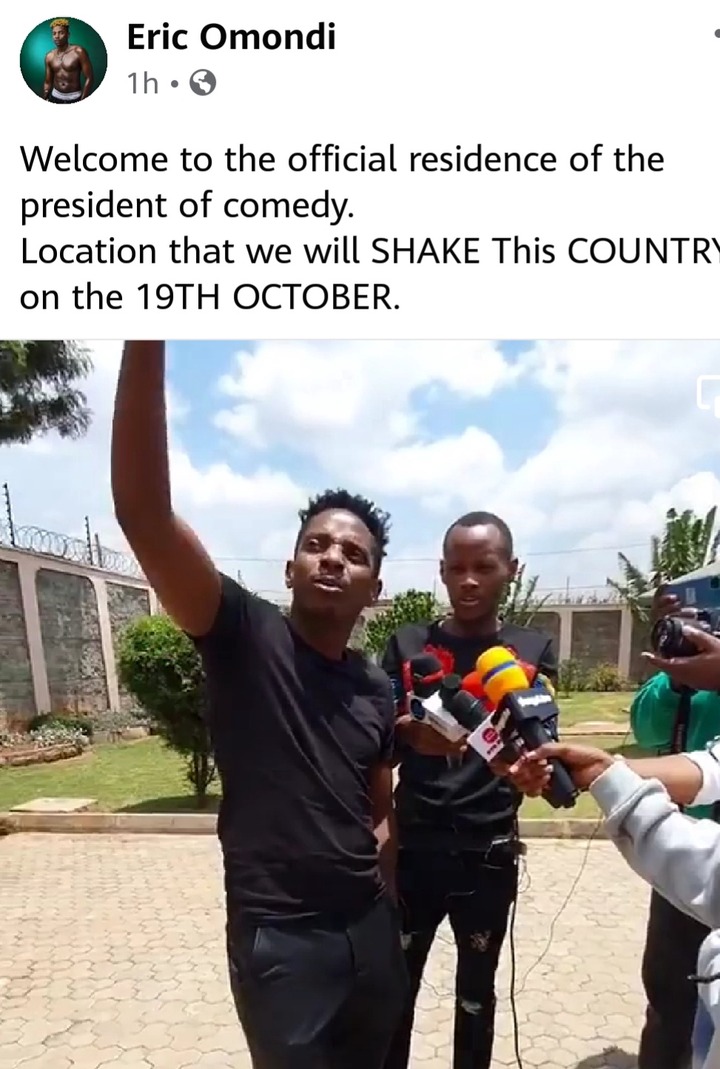 The compound which was nearly an Acre large has a Mansion and three Cars outside, one of them being the Racing Car that Omondi was gifted by Wanjigi to use it in doing the Campaigns during this period. Erich also said that they will be activating the Electric Fence in order to ensure His safety.

For over the last own month, the Comedian has been on a campaign trail for Wanjigi, who said That He will also be on the race for the top seat. His influence and success in Comedy fully conceived Wanjigi that He will create a movement that will change the reasoning of Kenyans to look His direction.

The link below directs you to the Video :

Here are the many comments from His supporters : 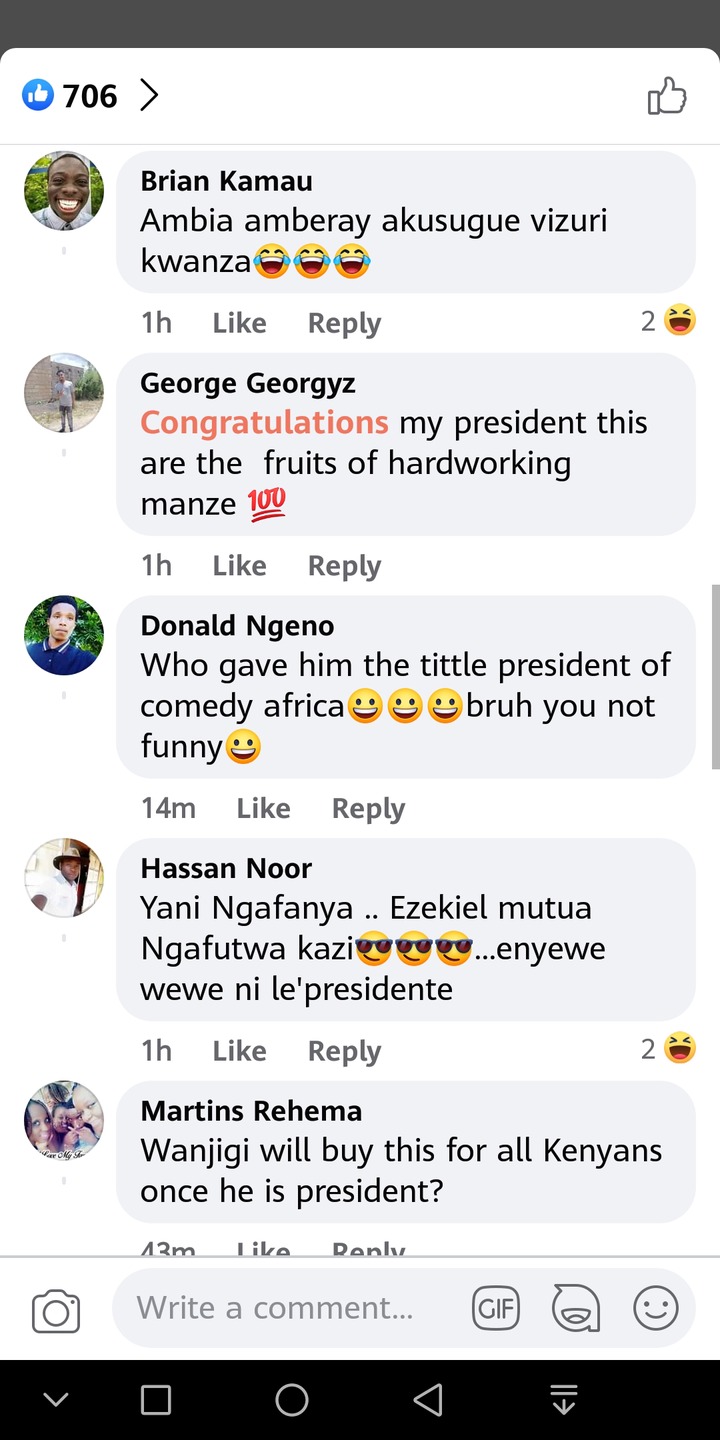 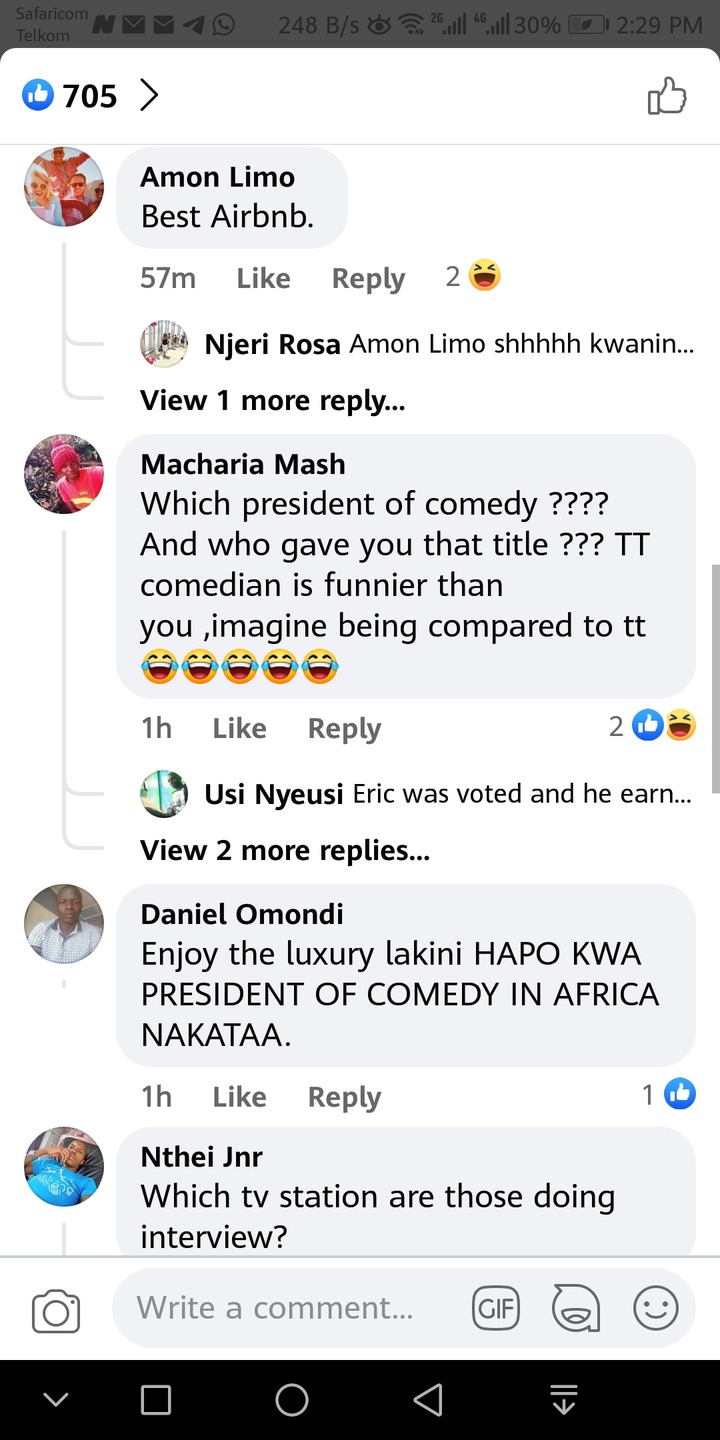