By Curtis-Otieno (self meida writer) | 24 days 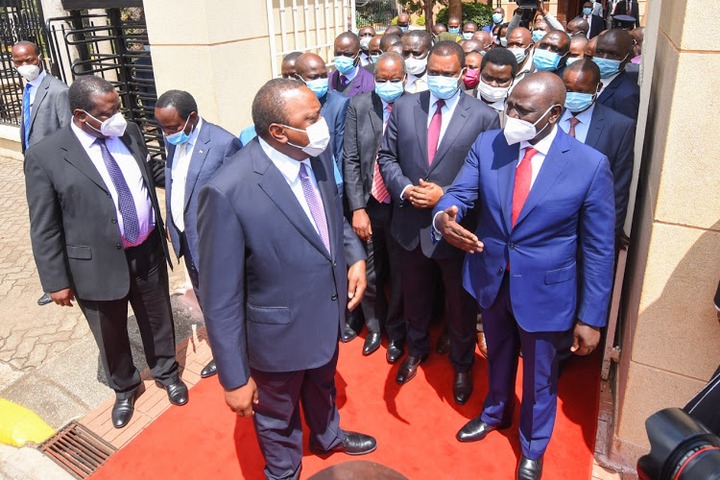 President Uhuru Kenyatta has every right to not endorse ODM leader Raila Odinga as his preferred successor for the 2022 general polls, city lawyer Steve Ogolla has said.

Uhuru has been under pressure to pick Raila as the man to succeed him, with a section of Raila allies demanding that he does it to repay the leader for supporting him since their handshake in 2018.

Ogolla, however, says that this should not be the case, as the President has already given Raila the opportunity to secure a portion of the Mt Kenya vote for himself and can only blame himself for failing to.

In a tweet, he also adds that Uhuru could be planning to reunite with his embattled deputy William Ruto, another reason why he is hesitant to openly endorse Raila, a four time presidential aspirant. 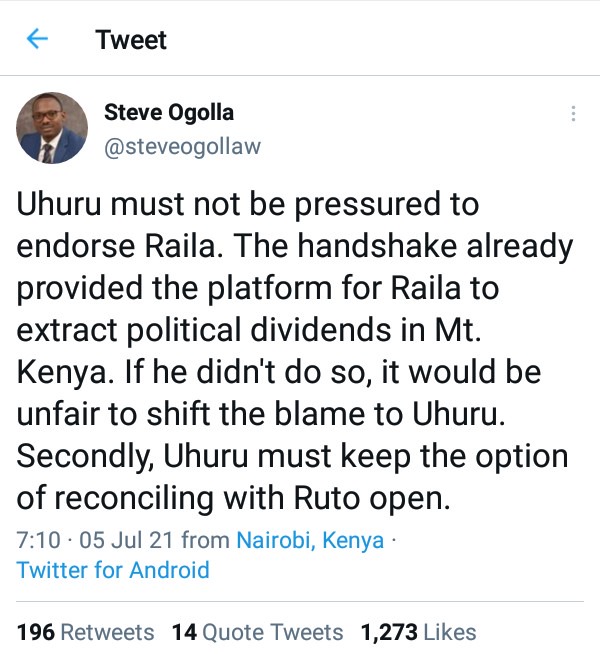 "Uhuru must not be pressured to endorse Raila. The handshake already provided the platform for Raila to extract political dividends in Mt. Kenya. If he didn't do so, it would be unfair to shift the blame to Uhuru. Secondly, Uhuru must keep the option of reconciling with Ruto open," he says.

Uhuru and Ruto have since fallen out, with pundits observing that the president could join the former Prime Minister's side as he faces off with Ruto in the 2022 presidential polls.

Ogolla made the tweet only hours after stating that Uhuru and Raila have failed in their bid to stop a Ruto presidency through their BBI law amendments push.

He claimed that the earlier supporters of the two accept that their power sharing plot has failed the better for them, indirectly predicting that the BBI appeal will flop. 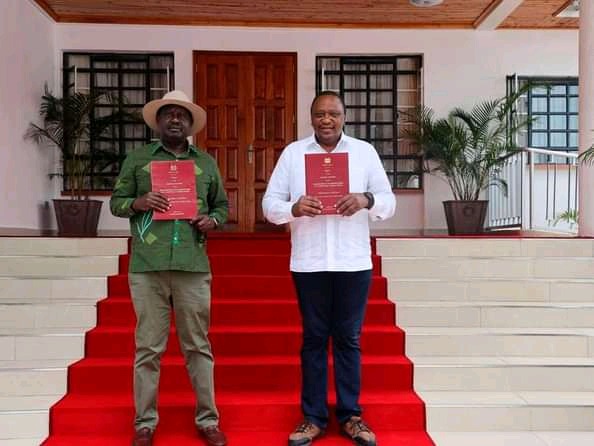 "BBI's core concern was to share power, add constituencies and send extra cash to counties. Secondly, BBI's collateral agenda was to stop DP Ruto from being President. As it is, both the core and collateral interests have aborted. The sooner BBI supporters accept this, the better," he said.

Top 8 Most Expensive Necklaces in The World

Opinion: Better Way To Cook Noodles To Remove The Harmful Chemical Which Damages Your Health