By Harsenews.com (self media writer) | 23 days ago 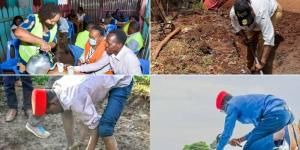 With exactly 314 days to the August 9, 2022 General Electi, politicians have re-invented their humble selves as the hunt for votes intensifies.

The politicians have gone out of the norm where they are viewed as VIPs to portray pictures of themselves as humble, down to earth and easily relatable persons.

Donning aprons, carrying shovels and serving tea in village canteens, the politicians have perfected the art of deception in their missions to lobby more supporters to their side.

While some Kenyans applaud these antics, others term them as 'cheap theatrics'.

In fact, Homa Bay township Member of Parliament, Peter Kaluma, was quoted as saying: "The campaign season is here with us, we will do anything to dupe you to elect us."

Kaluma was ridiculing former nominated Senator, Isaac Mwaura, after the latter posted photos of himself interacting with traders in an open-air market.

During a recent campaign trip to Chaka, Nyeri County on Monday, September 27, the ODM leader was photographed purchasing vegetables from a vendor along the road.

A day later, he was also photographed receiving shoes he was gifted by a local. His gifters helped him put the shoes at the middle of the rally.

"Thank you Charles Gachara and Kaba Miano for the gift of shoes and arm bands. Nitatesa nazo (I will brag with the items)!" he stated. 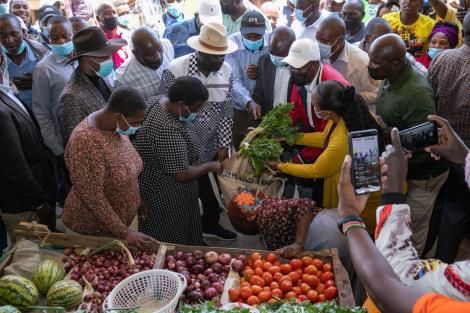 On Saturday, September 25, the DP - while on a campaign trail, paid Ksh20,000 for an umbrella, much to the delight of residents who cheered him on.

The DP asked the woman to pass him the umbrella as it was drizzling and in return, asked his aides who were in his vehicle to give her Ksh20,000.

Ruto also had a private conversation with a young man on crutches, whom he gave Ksh20,000, much to the excitement of those in the crowds. 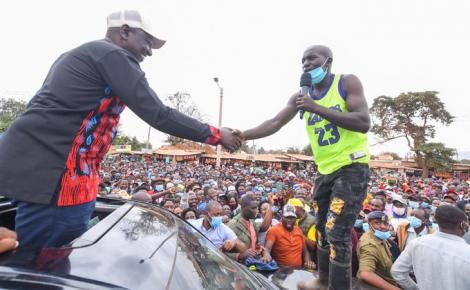 Kirinyaga Governor Anne Waiguru, who joined elective politics in 2017, met a section of Mwea constituency voters on Monday, September 27, at a cafe. She would later be photographed serving them tea while engaging in talk.

Captioning the widely circulated photos, the governor stated: "I enjoyed having a cup of tea with Mwea residents at Freshna Cafe and listening to stories of how our #KirinyagaRising vision has transformed their lives."

The governor is seeking to defend her seat in the August 9, 2022 polls. She has hinted on joining the United Democratic Alliance (UDA), a party associated with Deputy President William Ruto. 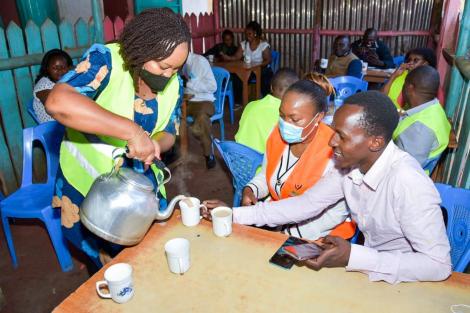 With her pair of open shoes and well manicured nails, the Woman MP joined the labourers, who momentarily stood to stare at her do the manual work.

The Woman Representative hopes to unseat Waiguru from her gubernatorial post. 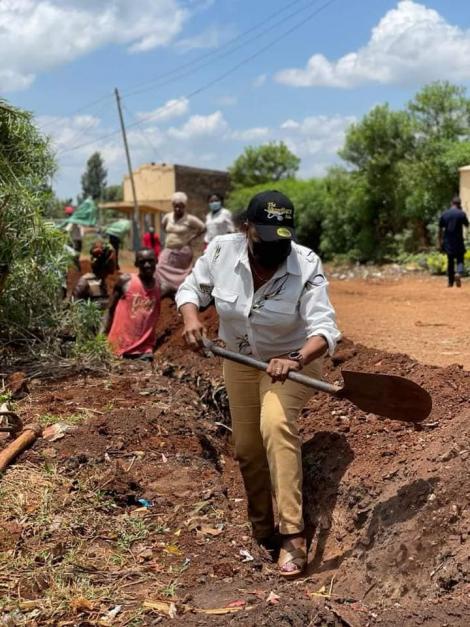 Former nominated Senator, Isaac Mwaura, was also recently photographed aboard a lorry with a spade in hand, helping offload sand.

Three weeks ago, he also shared photos helping a woman remove corn from maize cobs in the market. The photo was ridiculed by Homa Bay township MP, Peter Kaluma, who stated that Mwaura's aim was to entice voters ahead of the 2020 General Election.

Mwaura will be contesting for the Ruiru parliamentary seat in the 2022 polls. 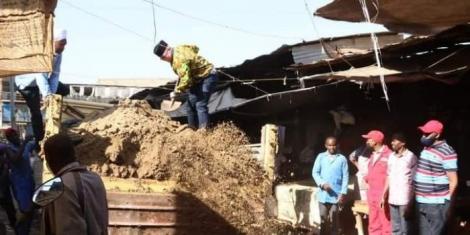 Laikipia North Member of Parliament, Sarah Korere, was in trouble when she posted photos of two building blocks and a bag of cement during a project launch in Laikipia.

The MP explained that the items she launched were symbolic and the image being circulated was taken out of context.

Further, she blamed bloggers for the circulation and false narrative associated with the photograph. 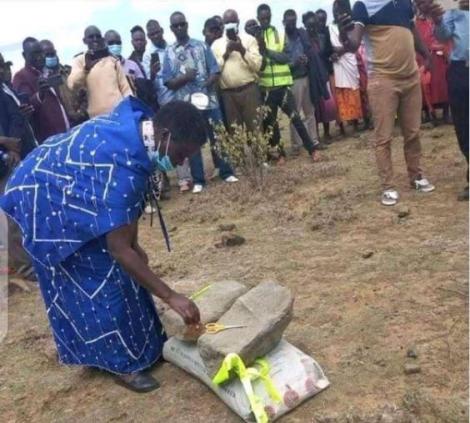 Kimilili MP, Didmus Barasa, who is known for political theatrics, recently surprised many when he was pictured roofing a house.

Portraying himself as a hard worker, the MP, a close ally of the Deputy President, has on numerous occasions posted photos helping his constituents with their daily chores including construction and farming. 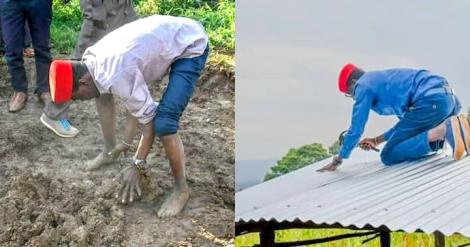 Keter, Kutuny and Two Other MPs Hint at Supporting Hustlers Nation Ahead of 2022