Governor Oparanya: This is What I Have Done in Lugari

By HabarIbuka (self media writer) | 14 days ago 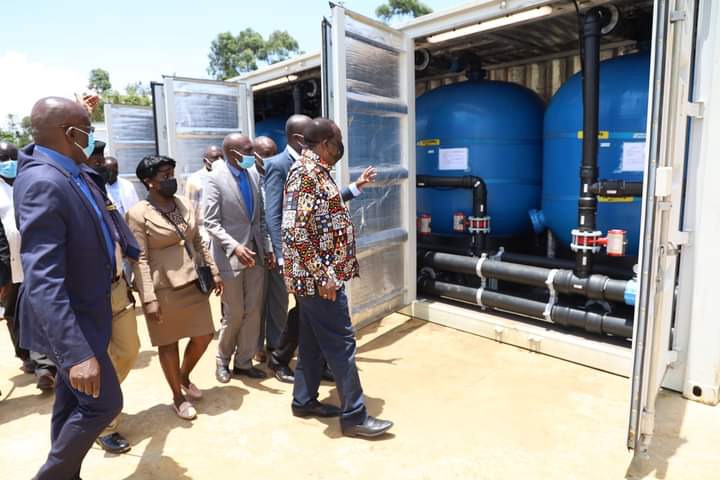 The Governor's visit started in Chekakini ward where he inspected Chekalini Water project which is under construction.

He said the County Government has invested Ksh 100 million in the project that will supply water to residents of the ward and its environs.

The Governor noted that the project will be ready by December this year for operationalization.

Dr Oparanya said similar projects will be initiated in other Sub Counties to boost supply of clean piped water and ensure majority of residents access water at their doorsteps.

He noted that his 'amatsi khu mukuru' goal was still alive and his ambitious plans to set up water projects in all Sub Counties was a journey towards achieving that goal.

Later the Governor visited Chamavere primary school where he launched a new ECDE classroom built by the County.

He said the County will buy land to be used as playground by the ECDE learners.

He ended his tour at Nzoia Girls secondary school where he officially opened the institution that was constructed by his Government from a scratch.

"My Government has constructed five other new girl's schools in the County to support girl child education," he said.

Dr Oparanya said the County had invested in infrastructure development in 20 secondary schools across the County.

He explained that setting up of new schools and infrastructure development of secondary schools cost the County Ksh 500 million.

He noted that he was aware that the County faced a shortage of ECDE teachers adding that more will be employed.

He revealed that a new Scheme of Service for the teachers that ensured improved remuneration has been prepared.

The Governor said the County had initiated many development projects across the County but could not be officially launched due to Covid-19.

He said he has started launching the projects during his tour of Sub Counties.

He called on residents to support his Government's development agenda.