By MoffatKarombo (self meida writer) | 28 days

Michael Gitonga, popularly known as "Unyee wa Umoja", said his main dream has been to meet with national leader President Uhuru Kenyatta even for a minute.

Gitonga also revealed that he has been pressured by some Kenyans to give them a job considering he is the President's brother. 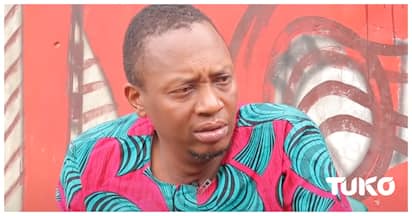 Speaking to TV47 television, Gitonga noted, "Many people call me Unity and I hope that one day I will meet my brother, I know he is my brother, I would like us to have a genetic test to determine if we are really related".

Gitonga said since his inauguration in 2020, many Kenyans have been calling him "Unyee" some of whom are asking him for jobs and others want him to introduce them to the President.

"I meet young people who are asking me for a job, some of them want me to join them with senior government officials, I often just ignore them because there is nothing I can do, I am also just struggling to make ends meet," Gitonga said.

Gitonga rose to prominence in 2020 after a photo of him appeared online showing him how he looks like Uhuru. He admitted that he had been drinking heavily but rebelled after being placed in a rehabilitation center for several months.

"I ceased drinking and now work with Catholic nuns and NACADA ," said Michael. Gitonga, who was given a house by donors, revealed that he had moved out after discovering that they were using him for personal gain. In an earlier interview, Gitonga noted he was born on South B Street in 1982 but his mother at one time served as an administrative police officer in the Gatundu constituency.

Content created and supplied by: MoffatKarombo (via Opera News )