IEBC also revealed that Rashid Rocky Omwendo of ODM party got 1,502 to finish second with ANC candidate Mohammed Abdi Zakayo becoming third with 166 votes. UDA Party’s Yasin Alli Shikolio was fourth with 79 votes while Hamis Hassan Washiali of DAP-K was fifth with 12 votes. A total of 3,308 votes were cast in Mumias North County Assembly Ward by-election and this was representing 36 percent of voter turnout. The number of valid votes were 3,284 while rejected votes were 24. In its remarks IEBC thanked all the voters and stakeholders for their participation and support during the process. 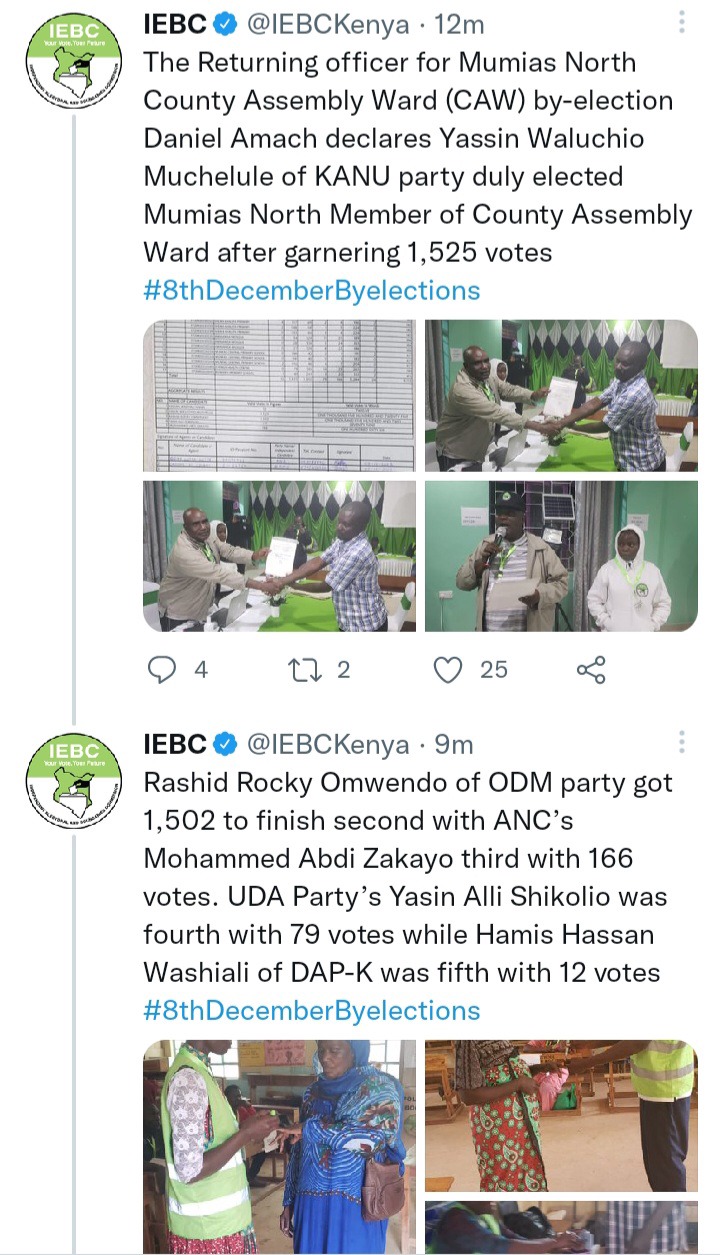 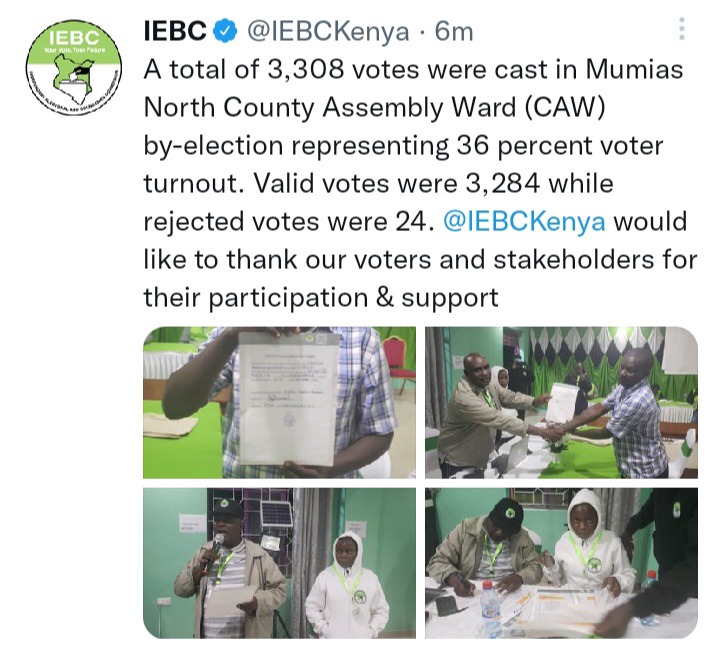