Edwin Watenya Sifuna is among Kenya’s most vocal and aggressive politicians and national characters. He often made headlines following controversial encounters with his fellow leaders such as Hon. Aisha Jumwa and the Law Society of Kenya President Nelson Havi. He is the secretary of ODM after taking from Ababu Namwamba 2018. He has been vocals in protecting ODM over allegations being mounted on them by UDA allies

Sifuna has dismissed the allegations by William Ruto blaming Raila over chaos that usually emerged in his rallies. They always happen mostly in Raila's political strongholds. So Sifuna has told Kenyans that Ruto is main cause of these chaos hence there is no need of too much explanation. 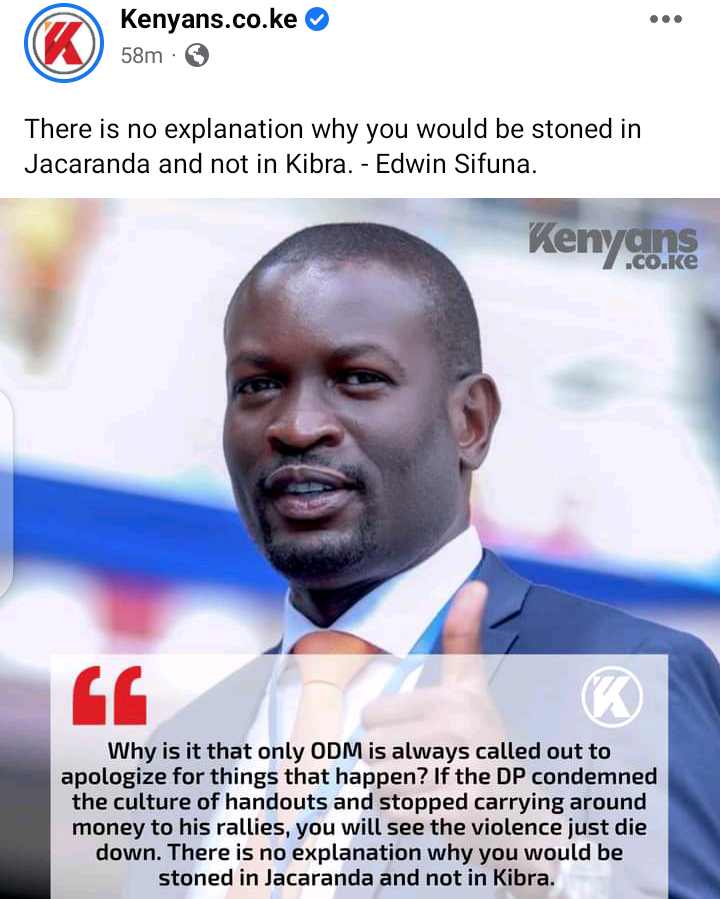 He claims why ODM is always called out to apologize for things they don't have hand in. He has condemned Ruto to stop the culture of handouts and stop carrying out money to his rallies. By doing that Nobody will see violence during the campaigns

"Why is it that only ODM is called out to apologize for things that happened? If DP condemned the culture of handouts and stop carrying around Money to his rallies, you will see the violence just dir down. There is no reason why you should be stormed in Jacaranda and not in Kibra", Edwin Sifuna