Yesterday presidential and gubernatorial candidates officially announced their running mates yesterday. Yesterday was the deadline for the naming of the running mates per IEBC chairman Wafula Chebukati.

Garissa governor Ali Roba Korane has suffered a major blow after his deputy governor Abdi Dagane ditched him at the last minute. The two were jointly elected together in 2017 polls on a Jubilee party ticket. 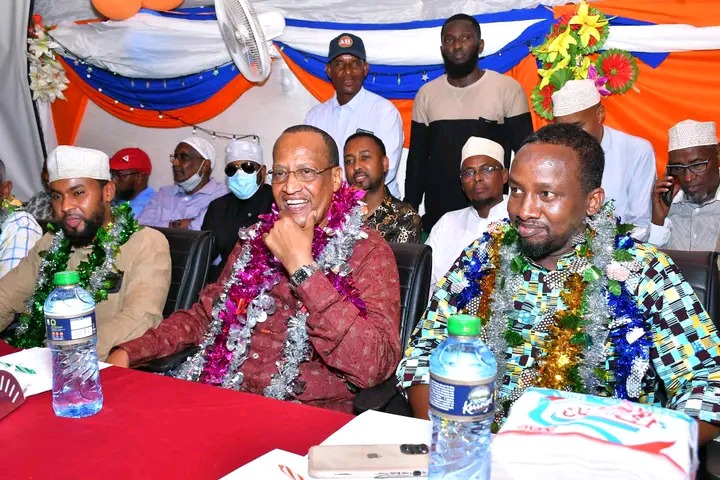 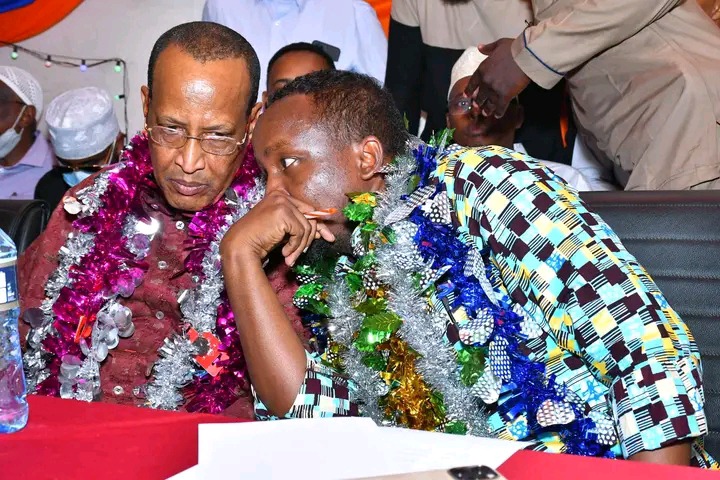 Mr. Abdi Dagane will now deputize the former governor Nathif Jamal in the Garissa gubernatorial race. He was publicly unveiled today in a colourful ceremony attended by council of elders from the county.

Garissa senator Abdul Haji was present in the unveiling ceremony and promised to rally behind Nathif Jamal gubernatorial bid on a ODM party ticket. Senator Haji is the organizing secretary of ruling Jubilee party.

UDA party has also fronted Major Dekow as their gubernatorial candidate. Major Dekow enjoys massive backing from UDA party leadership in the county led by Garissa Town legislator Aden Duale who is the UDA party pointman in the region.

This information was shared by Citizen TV on its official Facebook page. 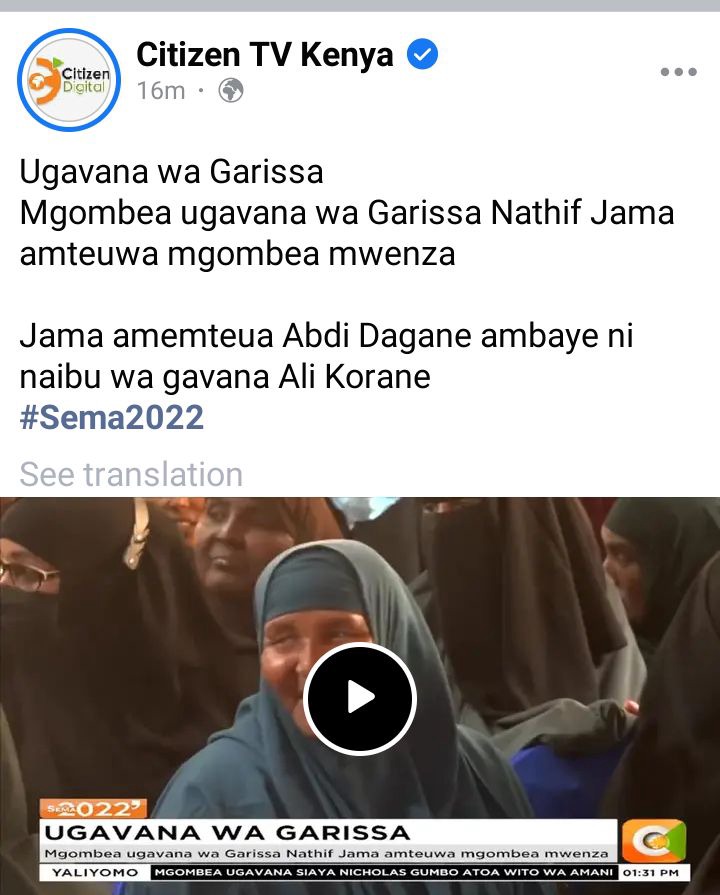