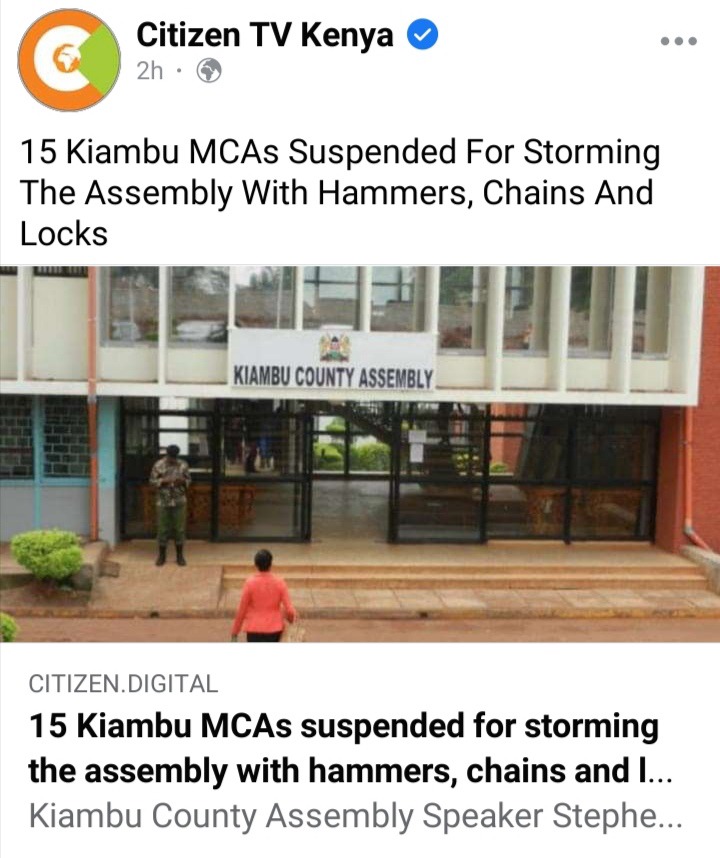 In a document dated December 3, Speaker Ndicho accused the MCAs of storming the assembly equipped with hammers, chains, and locks on December 2 and disrupting a board meeting. Members of the board were allegedly threatened and harassed before removing board files and provoking a stampede in the house. 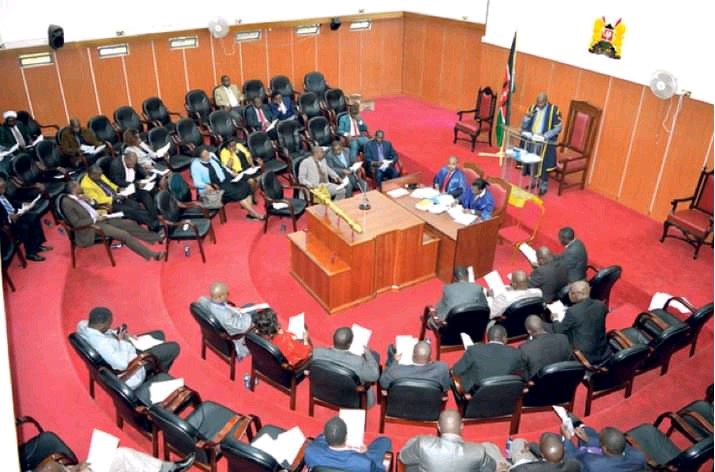 The Speaker and Clerk were also reportedly forcefully expelled from their positions by the MCAs. Speaker Ndicho went on to say that on November 30, MCAs headed by the Majority Leader and Whip disrupted both the morning and afternoon sittings, causing him to call a halt to the proceedings.

"You were disorderly and did not behave yourselves in the usual way and style of honourable members' leaders, which plunged the august Kiambu County Assembly into contempt and dishonour. You violated Chapter Six of Kenya's 2010 Constitution on Leadership and Integrity. You also trampled on Standing Orders Numbers 130 (1) (a), 131 (1) (a), 132 (1) (a) and (e), causing the Speaker to suspend all of you for a period of 90 days, effective immediately, from the precincts of the County Assembly of Kiambu, all services and activities of the Assembly as prescribed in the Standing Orders, rules and regulations, and all enabling laws that govern such punishment," the Speaker said.