On Tuesday, it was a dark moment for Jubilee Party after losing in all the three By-elections. In Nyandarua County Rurii Ward, UDA candidate Francis Muraya thrashed Jubilee Candidate Peter Thinji with Over 1000 votes. This was embarrassing because the seat Previously held by Jubilee Party 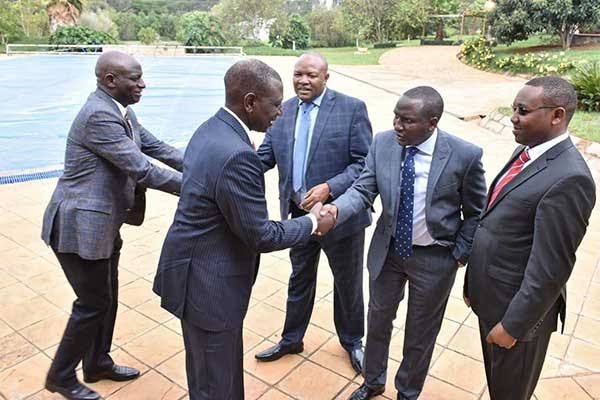 It was during the campaigns in this region where the National Assembly Majority leader vowed to resign if UDA candidates clinch the seat. The Kieleweke faction of Jubilee which is associated with President Uhuru was very sure they would clinch the seat.

Kericho Senator Aaron Cheruiyot has now asked the National Assembly Majority leader to resign. He went ahead to remind the Kipipiri Member of Parliament that they have a morning session and this would be the right place to tender his resignation. 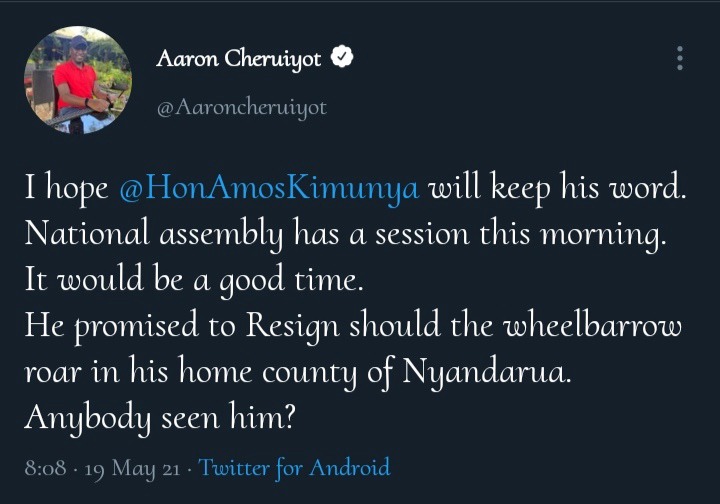 "I hope @HonAmosKimunya will keep his word. The national assembly has a session this morning. It would be a good time. He promised to Resign should the wheelbarrow roar in his home county of Nyandarua. Anybody seen him?" Kericho Senator posed.

Jubilee losing in both Rurii Ward and Juja by-elections has sent a strong message to President Uhuru Kenyatta that the region is fully behind his Deputy William Ruto. This could also prove Irungu Kang'ata's survey that claimed that BBI is unpopular in the Mt. Kenya region.

Everybody is waiting to see if the Kipipiri MP Amos Kimunya is going to fulfill his promises by resigning. In the last week, it has been a difficult season for the Jubilee government. 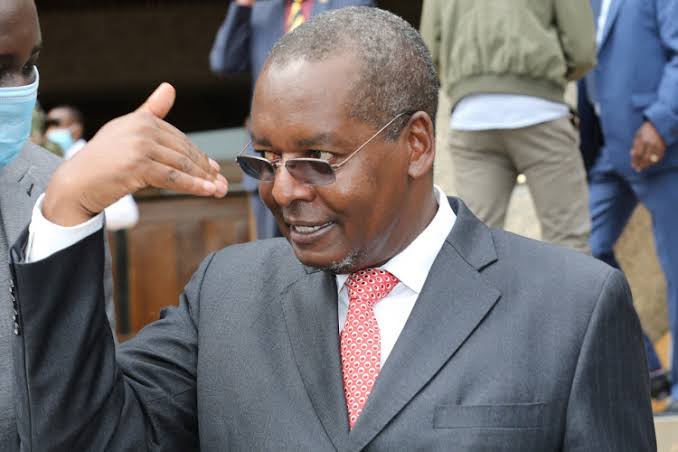 Singer Gilad Responds To A Fan Who Was Shooting Her Shot

CECAFA Senior Challenge Cup: Harambee Stars to Field the Under 23 Side