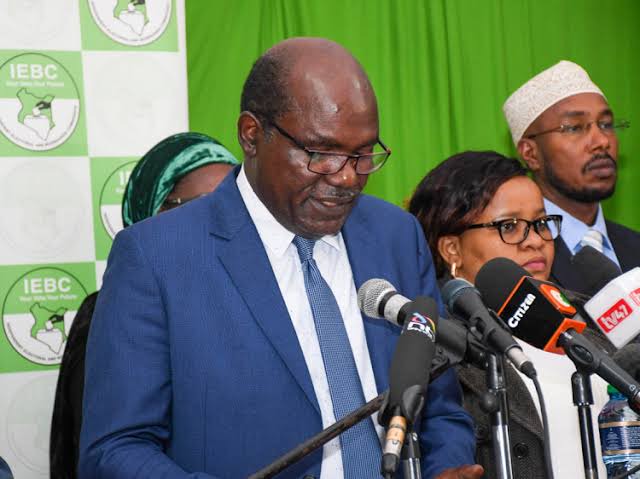 Independent Electoral and Boundaries Commission, IEBC Chairman Wafula Chebukati has responded to claims that the suspension of gubernatorial polls in Mombasa and Kakamega counties is political.

In a press briefing on Monday evening, Chebukati noted that there was no political motivation whatsoever behind the consequential decision, the commission only focused on delivering credible elections.

He added that the anomaly that necessitated the decision was not their fault but that of the printing firm based in Greece.

"We do not engage in political games. What we do is election management. The ballot paper printers have accepted their mistake," Chebukati stated as quoted by the Star.

The two counties will vote for their gubernatorial candidates on a date gazetted by the IEBC. Other places affected are South Pokot and Kacheliba constituencies.

Gubernatorial candidates from Mombasa led by Azimio La Umoja One Kenya coalition candidate Abdulswamad Nassir and his United Democratic Alliance (UDA) counterpart Hassan Omar had read mischief in the move saying that IEBC may be having a hidden agenda that is politically motivated.

They also faulted the IEBC for recklessness and negligence.

The Returning Officer at Matungu, Mumias East Sub County was the first to notice anomalies on the ballot papers. Whereas the titles were bearing the name of the intended polling station, the contenders therein were gubernatorial candidates from Kirinyaga County.

In an interview with Citizen TV, a commissioner of the IEBC stated that the Greece company tasked with printing ballot papers had been made aware of the discrepancies and would print fresh papers for the two counties at their own cost. They will also bear the cost of shipping them. The process will start soon after the Tuesday polls.