By Israel.org (self media writer) | 2 months ago 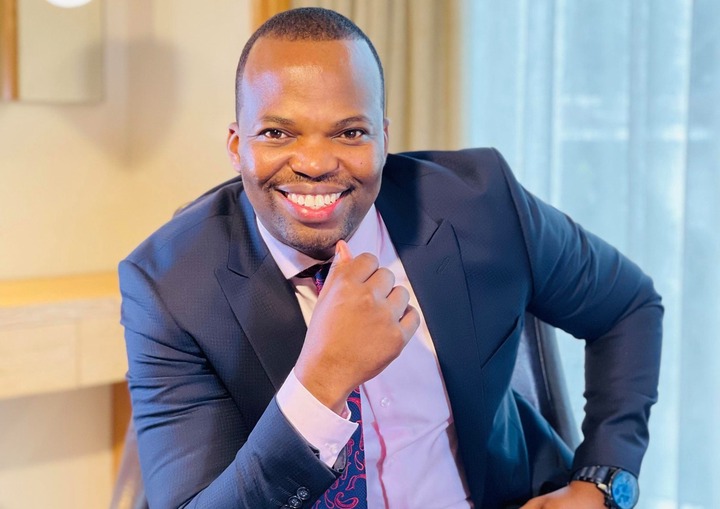 Popular comedian MC Jessy has announced that he will be vying for the South Imenti parliamentary seat as an independent candidate in the August polls. The witty comedian turned politician took to social media to announce that he will run in the August polls as an independent candidate. "Sent like an arrow from a mighty man's hand. We keep going. Let's do this South Imenti, 9th August it is." He wrote on his Twitter handle. 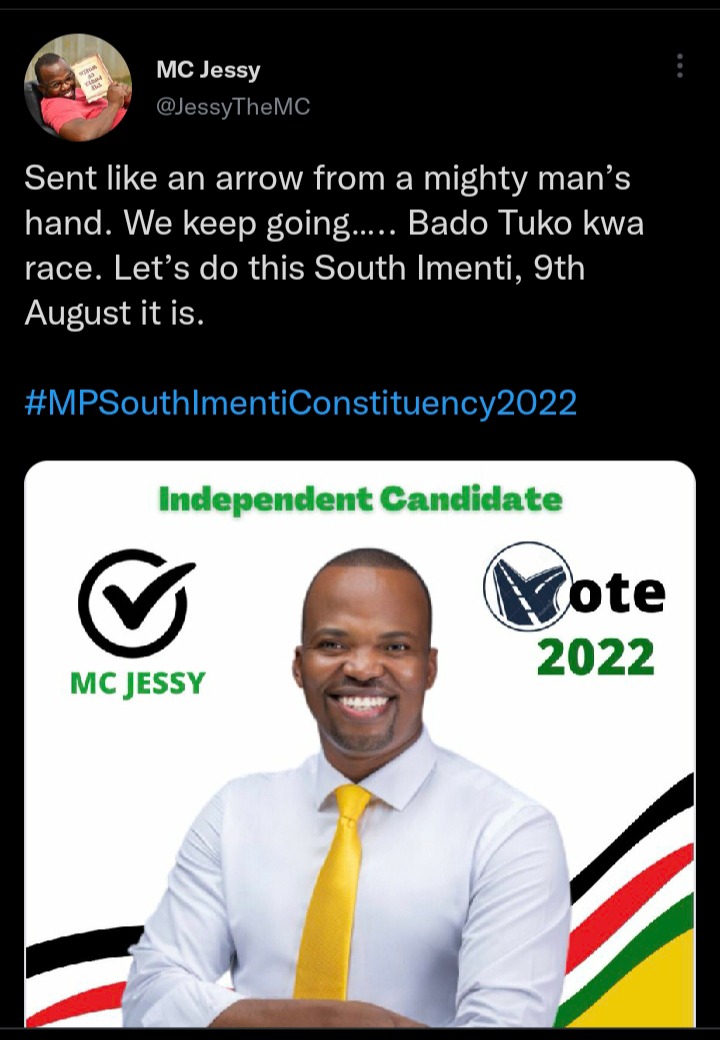 This comes five days after he dropped out of the South Imenti bid under the United Democratic Alliance (UDA) party ticket, in favour of Mwiti Kathaara after meeting with the Deputy President William Ruto at his residence in Karen. Ruto convinced him to step down in favour of his counterpart and in return he will be given a role in the presidential campaign. 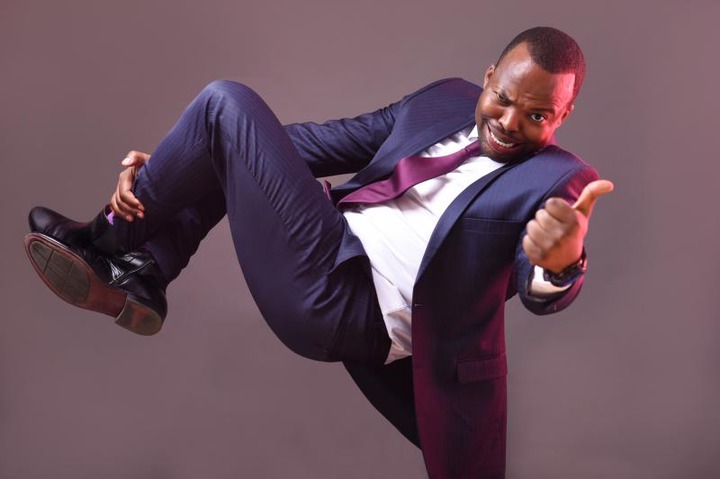 He however turned down the job and is now back in the race hoping to unseat the sitting Member of parliament Kathuri Murungu who has been holding the seat since 2013 March.

Wajackoyah Defends Raila Against Kenya Kwanza Critics, Reveals Plan to Work With Him

"My Life Is In Danger," UDA MP Laments After Armed Thugs Raided His Office