By Breakingkenya (self meida writer) | 17 days 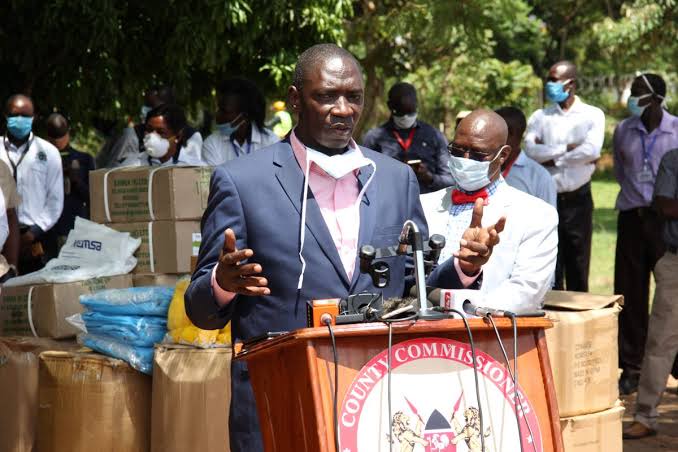 Hon Cyrus Oguna (Government's Spokesman) has today reported that an elaborate plan to cushion the vulnerable against the adverse effects of the Coronavirus pandemic has been initiated by the relevant authorities.

Speaking to the standard group media, the Government of Kenya's spokesman has reported that he's aware that some kenyans are languishing in abject poverty and agony bearing in mind that the ongoing lockdown and extension of curfew hours have affected the country economic activities that in return generate income for the common citizens.

As a result of that incident, Cyrus Oguna has announced that the Government of Kenya is moving with speed trying to ensure that nobody will die of hunger strike and issues of mental health and other social crimes that comes as a result of the ongoing measures will be eradicated forever. He also reported that the national government will coordinate with other affected County Governments in a bid to ensure that people will receive relied foods as country heads to easter holiday.

Cyrus Oguna: As government we are committed to ensuring that no Kenyan dies from lack of food. The National government in collaboration with the county governments of the affected counties have initiated interventions.

At the same time, the Ministry of interior has today reported that it has increased its security personnel in the 5 zoned counties, who will ensure that lockdown and curfew measures will be followed to the letter.

"As we speak, the commissioner-general of prisons has released not less than 3,000 officers that the citizens go through this season in a secure and peaceful environment," Mutyambai stated. 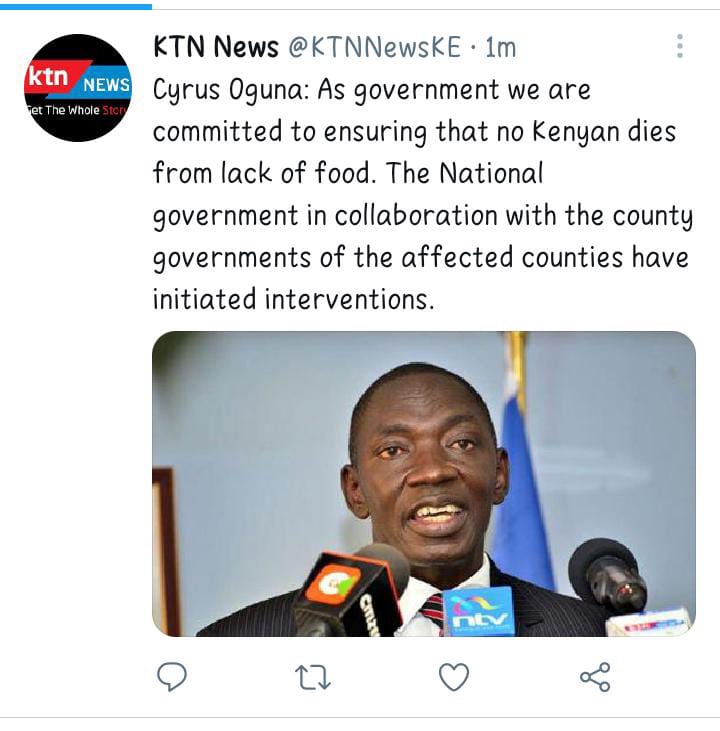 Why The Country Might Be Opened Sooner Than Expected (Opinion)

Kitui Man Injures Wife's Lover After Busting Them in his House

Corona And It's Effects, Leave us Corona

2 Ways To find out if your partner is cheating

"Unlock The Country," Kenyans To President Uhuru Kenyatta As They Threaten To Take This Action