By Melkynews (self media writer) | 7 months ago 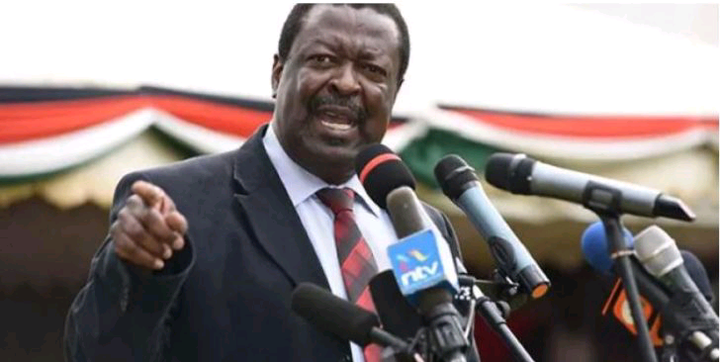 Mudavadi, the former Vice President, is now going against Ruto head-on over the fielding of candidates in Western Kenya, an area seen as Mudavadi's stronghold.

UDA fielded candidates in his backyard, while he avoided stomping on other regions controlled by his Kenya Kwanza party, according to film taken at a night rally in Sabatia.

UDA-affiliated members of Parliament and the County Assembly will be elected to represent Ruto in the August 9 General Election, according to Mudavadi in his native Luhya language.

Since we're in a coalition with Ruto, we're all in charge of the country. The question is whether or not Sugoi residents will vote for an ANC Member of Parliament. Mudavadi inquired about this.

Voting for leaders from the ANC Party was encouraged by Mudavadi in the midst of shouts from the crowds.

"Let's just be honest with one other." Will they choose a candidate from the United Democratic Alliance (UDA)? Because, despite our unity at the top, an MP for Ruto will come from UDA, and his home MCA will also come from UDA. Why would you deny me the opportunity to be represented by a member of the ANC? He took a picture.

However, because of worry for Ruto's safety, Mudavadi has made it plain that the UDA party already has the president and vice president in place.

By fielding a candidate in his Western Kenya strongholds, Ruto is depriving him of the opportunity to have a representative of the ANC in his own backyard, the leader of the African National Congress (ANC) party bemoaned.

Let us therefore respect one another and respect boundaries, because these numbers will be vital in the coming days. When Mudavadi petitioned for the 70 per cent, he said, "We shall not receive it unless we have our own governor, senator, MP and MCA."

Johnstone Muthama, the head of the United Democratic Alliance (UDA), said that UDA will work hard to win as many seats as possible, emphasizing that the only seat agreed upon by all Kenya Kwanza affiliate parties is the president.

In order to form an alliance, we must unite around a single candidate, not a group of contenders. Muthama said that those who think they are being discriminated against are wrong.