All aspirants eyeing political seats in the August 9, 2022 general elections have just only week to go to public fundraisers, also called harambees.

While showing up during a virtual meeting with the Senate Committee on Justice and Legal Affairs on December 1, Independent Electoral and Boundaries Commission (IEBC) Chairman, Wafula Chebukati, reminded aspirants that they won't be permitted to grace public harambees effective December 9. 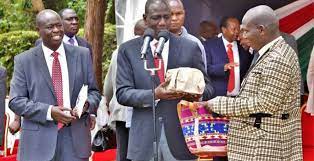 Chebukati expressed that any aspirant caught directly or indirectly taking part in the fund drives would commit an electoral offense.

"On the issue of harambees, after December 9, it turns into an electoral offense, " he reiterated.

The chair of the electoral commission clarified that any aspirant who contradicted the order was defying Section 26 of the Election Act and risks disqualification.

"A person who directly or indirectly participates in any way in public fund raising or harambee within eight months before a general election or during an election period, in any other case, shall be disqualified from contesting in the election held during that election year or election period," reads the Act.

However, the aspirants will be permitted to go to their fundraisers of their political parties. 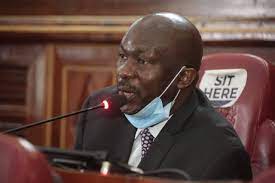 Chebukati uncovered that he was working with the Office of the Director of Public Prosecution (ODPP) to prosecute any aspirant who faulted the directive.

He additionally expressed that the commission would be careful in the verification of academic papers submitted by aspirants. The electoral commission boss declared that IEBC would be working with the Commission for University Education and the Kenya National Qualifications Authority (KNQA) to verify all education certificates for aspirants as part of the clearance process.

"We have a plan where we will have a tripartite agreement and they will assist us with vetting of these academic documents,"

This comes after the commission proposed that all aspirants seeking for elective posts in the 2022 elections should be holders of an undergraduate degree from a recognized university. 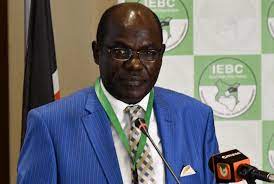