By NancyLwambi (self media writer) | 2 months ago 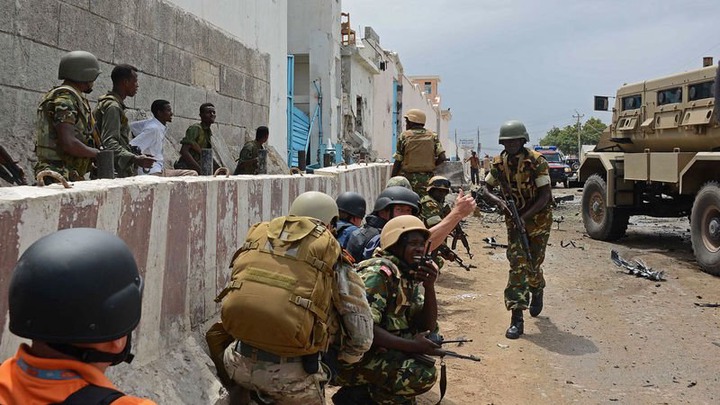 The United Nations Assistance Mission in Somalia (UNSOM) has this afternoon confirmed that Al-Shabaab militants attacked the Parliament Building while lawmakers were busy debating on key matters.

It was reported that while lawmakers were debating election matters in the House, Al-Shabaab targeted the Parliament Building.

Sources revealed that the attackers used motors and shells to attack the building, which resulted in casualties.

Taking to social media a few hours after the attack, the UN condemned the attack and revealed that they are standing with the Somalis during this difficult time. 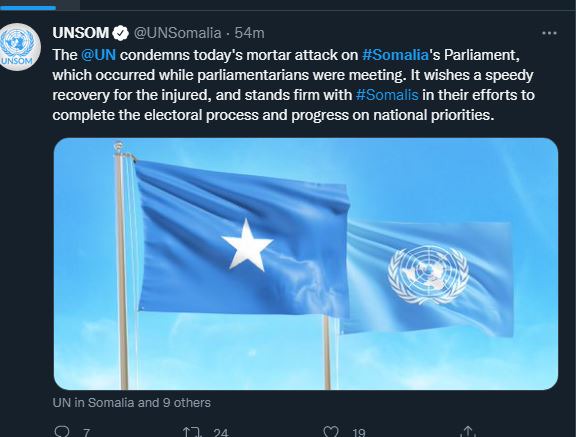 The UN has also wished a quick recovery to those who sustained injuries in the unfortunate attack, adding that the electoral process that they had initiated should go on as they had planned.

"The @UN condemns today's mortar attack on #Somalia's Parliament, which occurred while parliamentarians were meeting. It wishes a speedy recovery for the injured and stands firm with #Somalis in their efforts to complete the electoral process and progress on national priorities," The UN tweeted. 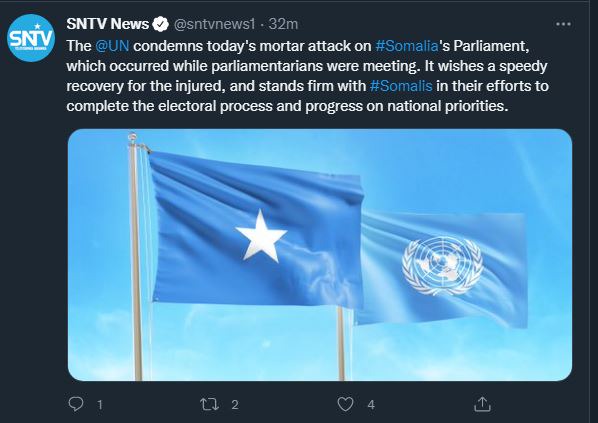 One opposition MP confirmed that two of his security team members sustained injuries in the attack.