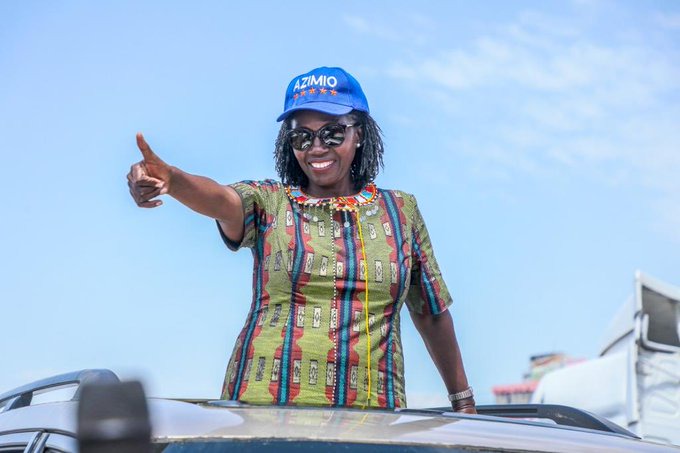 Narc Kenya leader Martha Karua has once again called for calm in the Kenya Kwanza camp, as the race to form the next government gets intense.

She belongs to the Azimio La Umoja faction, where she is the Azimio presidential candidate Raila Odinga's running mate and the possible next Deputy President should Raila win in August.

On the other side is Deputy President William Ruto, whom she and other Azimio leaders have been bashing over poor leadership and vengefulness.

Karua on Tuesday admitted that Ruto has indeed showed every sign of being a poor leader, adding that his actions show that he is not a person who can be trusted with the presidency or government.

She said that even so, she will personally see to it that he is protected and is not subjected to mistreatment of unfair persecution if Azimio, whose leader Raila he has been attacking, secures victory. 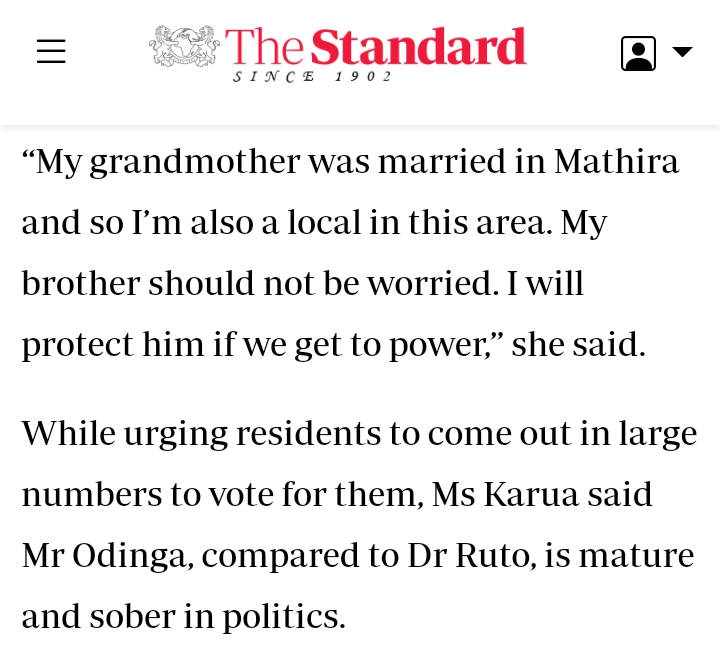 “My grandmother was married in Mathira and so I’m also a local in this area. My brother should not be worried. I will protect him if we get to power,” she said while campaigning in Nyeri, reports The Standard.

She portrayed Ruto as an immature politician, hence the remarks he has been making about President Uhuru Kenyatta lately, asking the Mt Kenya region to go for the more sober and mature Raila.

Karua stated that long dead is the Kikuyu-Luo rivalry, and it's time the two communities, through her and Raila, came together to change the country.

“I’m humbly pleading with the region that voting for Mr Odinga is voting for Ms Karua and vice versa. Even the people from Nyanza have never voted for Ms Karua but they will vote for me for the first time,” the former Gichugu parliamentarian said.