By Ckibiba (self media writer) | 4 days ago 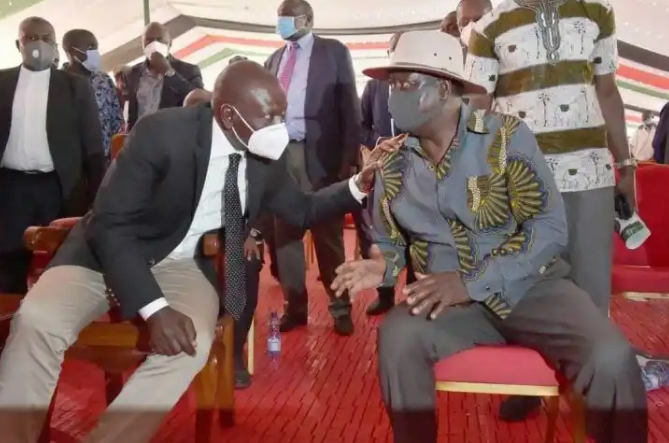 Reports are that the Jubilee wing allied to the Deputy President and popularly known as tanga tanga has been plunged into uncertainty and worry following developments that have been unfolding in the Mount Kenya region since the Independent Electoral and Boundaries Commission mass voter registration exercise began. Developments that had been predicted by analysts earlier on.

The deputy president has banked on support from the region to clinch the presidency next year, and such unexpected hurdles might puncture his fast and energised race.

It is now emerging that since the mass voter registration exercise began, disturbingly low numbers have been witnessed in some of the areas which the DP hopes will push him over the edge.

The electoral Commission, which targets to register 6 million new eligible voters, decried a low turnout in its Enhanced Voter Registration exercise, with only 202,518 new voters registering out of the weekly national target of 1,500,000 representing 13.5% of the National week target.

Earlier in the year, political pundits had predicted that the Mount Kenya region was unlikely to vote for someone that isn’t one of their own but in the event they do, voter registration will be low, and on election day, voter turnout will be even much lower.

The first part of the prediction appears to be coming true, all too frighteningly for the deputy president.

In the figures recorded so far, Kirinyaga which had a projection of 113000 has only had 2000 people register.

Embu which had a 110 000 projection also has seen slightly over 2000 registrations.

Kiambu whose projection was 330000 has recorded the lowest turnout of only one percent, which translates to around 2000 registrations.

Nyeri which is home to the DP’s Central Kenya point man and Mathira member of parliament Rigathi Gachagua has so far recorded only 1919 registrations.

IEBC attributed the low numbers to voter apathy, insecurity in Lamu, Baringo and Laikipia Counties as well as along Kenya-Somalia borders, lack of ID Cards and the culture of last-minute rush.