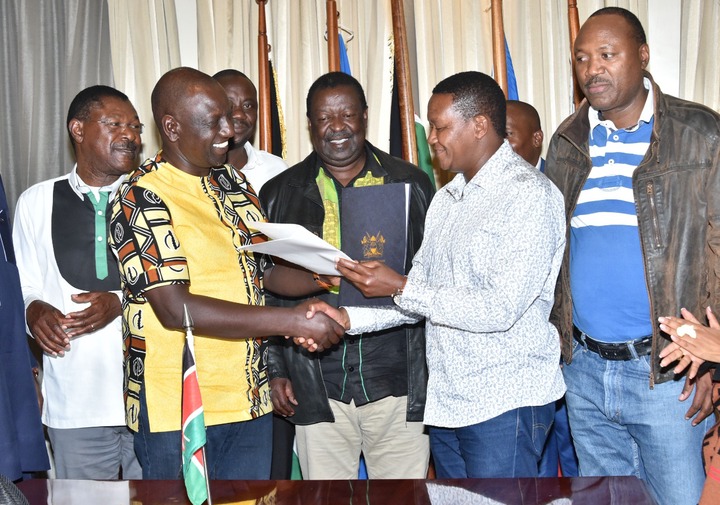 The Registrar of political parties Anne Nderitu on Monday morning confirmed that Alfred Mutua's Maendeleo Chap Chap alongside Kilifi Governor Amason Kingi's Pamoja African Alliance Party had written to her office expressing intention to leave the Azimio coaltion.Dr. Mutua said MCC party had sealed the deal on on Sunday night and had copies of the agreement unlike in Azimio.

Mutua claimed that his party MCC has been kept in the dark about the Azimio la Umoja affairs and had yet to access and understand the coalition agreement.

The Deputy President praised Mutua for leaving Azimio saying that the governor had rejected blackmail, deceit and conmanship in their Azimio politics. Ford Kenya leader Moses Wetangula also added that Mutua's inclusion brings in additional energy and guarantees even more victory in the upcoming August elections, saying on twitter early this Monday morning.

Content created and supplied by: newshub254 (via Opera News )

"Kenyans Are Not Stupid, " Raila Says After Being Asked This Question During An Interview

Raila Exposes Uhuru, Reveals Him and Ruto are to Blame For Economic Ruin