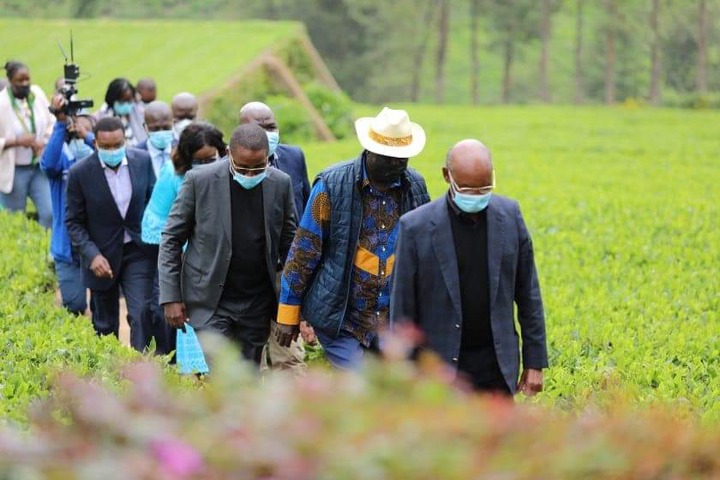 Just hours after Tangatanga Spokesperson Dennis Itumbi leaked details of a canceled meeting at Safari Park Hotel supposed to be attended by a section of Mt. Kenya leaders, details have emerged on what exactly led to the meeting's cancellation.

According to reports, the meeting which was supposed to be held at the Thika Road prestigious hotel was canceled at the 11th hour, after the legislators, mostly allied to President Uhuru Kenyatta disagreed on Raila Odinga's endorsement plans.

It is reported that the meeting dubbed 'Mt Kenya Foundation luncheon' had been scheduled for Tuesday (Today) at Safari Park and was initially meant to discuss the region's unity ahead of the 2022 general elections. 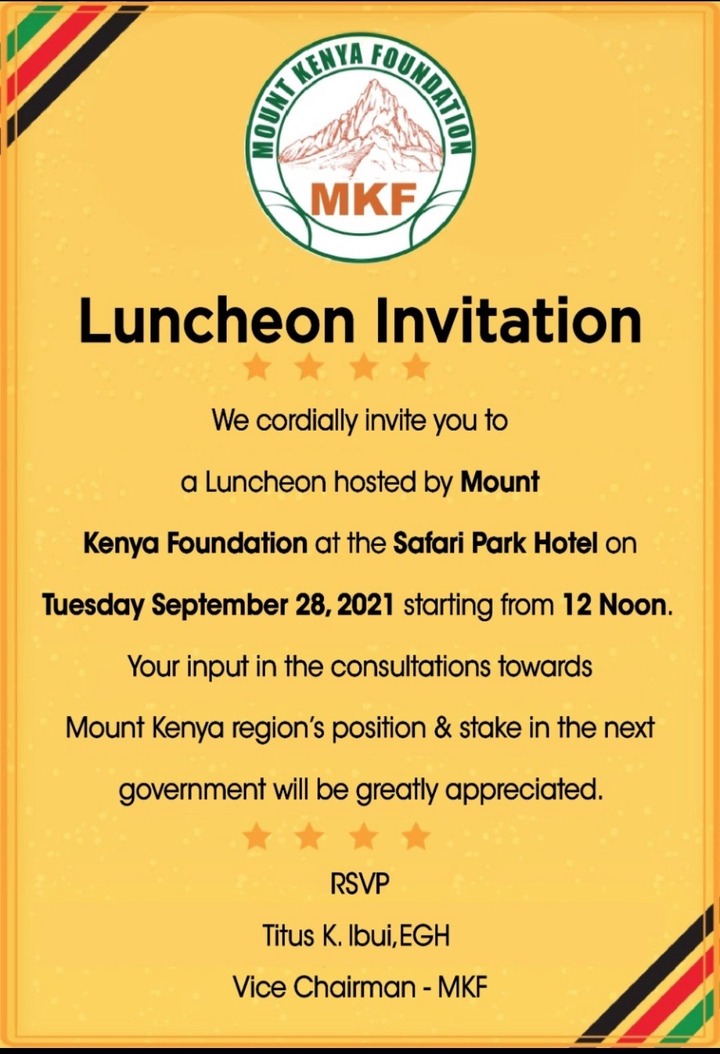 However, after word went round that ODM Party Leader Raila Odinga was going to grace the occasion as the invited Guest, most leaders are reported to have raised issues on Raila's presence and alleged endorsement.

While a few had plotted for Raila to be the Chief Guest, a number of leaders are said to be uncomfortable with the plans, demanding that President Uhuru Kenyatta should have instead been the guest.

Many are said to have been angered by the decision to endorse Raila at the meeting, something that they reportedly felt is not the right time to do. Sources privy to the meeting said it was meant to be a private one, but details eventually leaked out to media, complicating things even further.

But after things got out of hand, the organizers were forced to cancel the meeting, giving more time for negotiations. Notice of cancellation was sent out to all members on Monday evening. 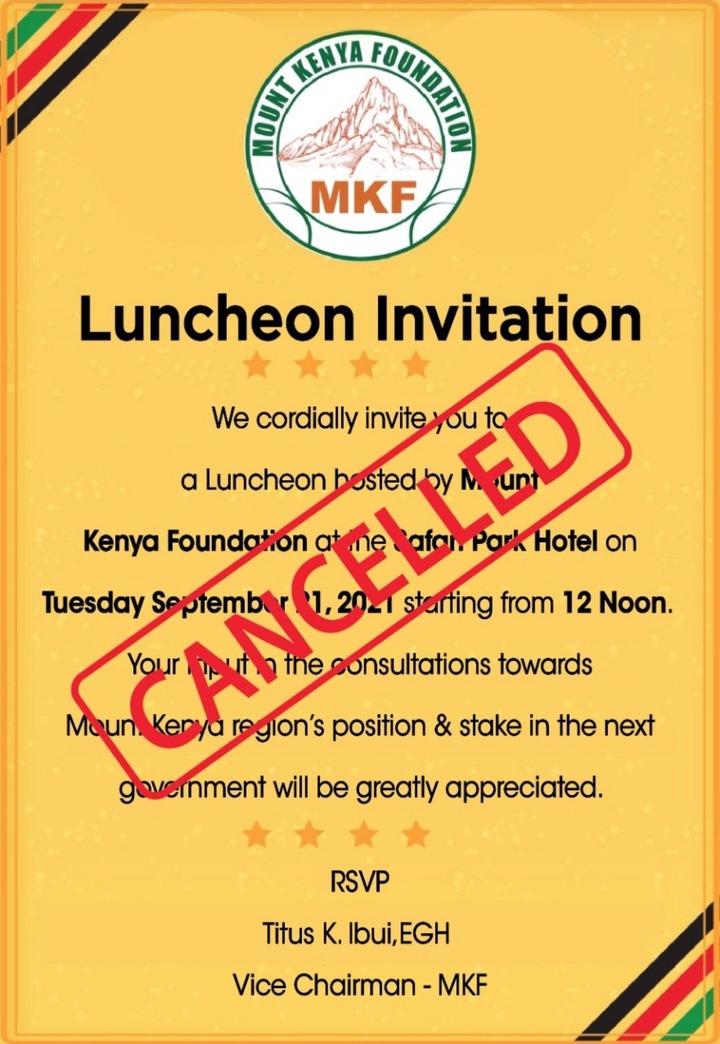 Among the leaders from Mt. Kenya region who had been invited to the meeting included governors, senators, and Members of Parliament.

"The meeting was initially meant to be about Mt Kenya's 2022 agenda and priorities, but not giving some political declarations. “the source revealed.

This even complicates Raila Odinga's moves to venture into the region and woo it to his vote basket ahead of 2022. Dennis Itumbi had already leaked details of the meeting through his Hustler Nation Intelligence Bureau on Monday evening. 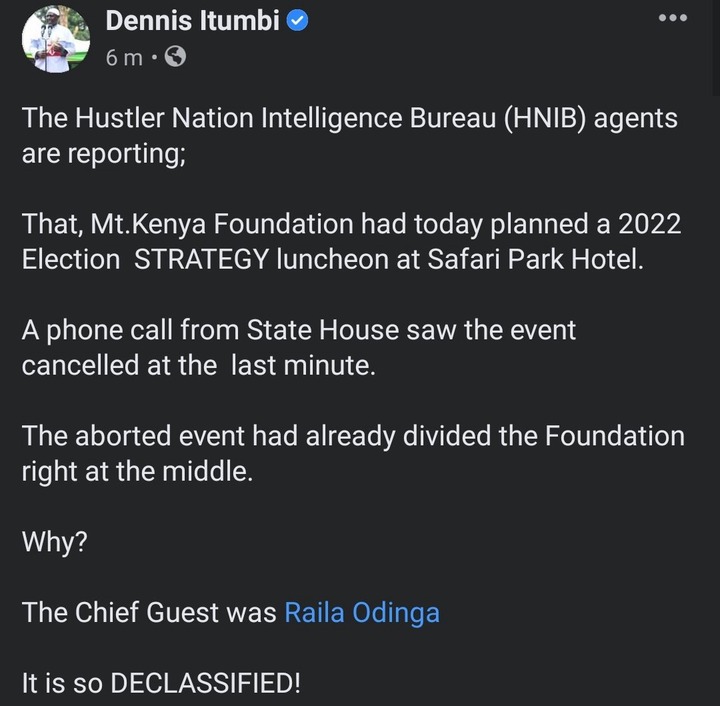 Nakuru Police Recovered Bhang Worth Sh1.2 Million In A House