"It's A Tricky Catch 22 Situation For Kalonzo This Weekend" Samuel Poghisio Admits, Reveals This 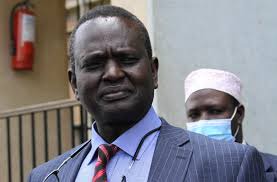 Senator Samuel Poghisio has broken his silence on Wiper Kenya Democratic Movement party leader Hon Kalonzo Musyoka's push to be the running mate in Azimio La Umoja One Kenya Movement. The soft spoken Senator Samuel Poghisio has decided to ofer Hon Kalonzo Musyoka his piece of advice ahead of the official declaration of who should be the Orange Democratic Movement party leader Hon Raila Amolo Odinga's running mate under Azimio.

According to Senator Samuel Poghisio, he admitted that it's a tricky catch 22 situation for Hon Kalonzo Musyoka this weekend. He went ahead and adviced Hon Kalonzo to stay put in Azimio La Umoja One Kenya Movement irrespective of whether he is named as the running mate or not. He told him that Azimio is a good home for him if he wants his career to be brighter than before and that nobody should not move him out of Azimio. 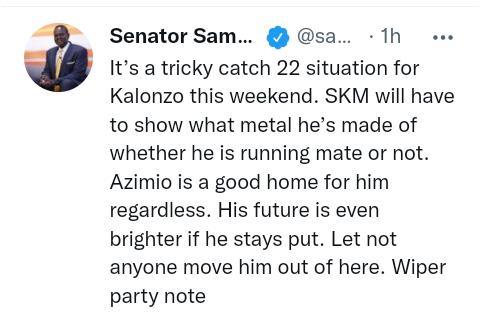