Renowned lawyer Donald Kipkorir has expressed his opinion and suggestions following the remarks that were made by 4 IEBC Officials who accused IEBC Chairman Wafula Chebukati of announcing the wrong results after they allegedly raised their concerns. 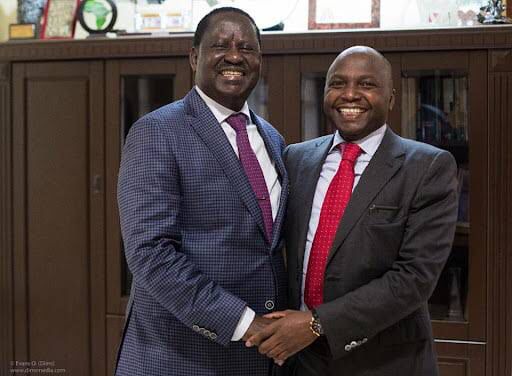 According to the reports given by Donald Kipkorir, he claimed that the constitution requires the IEBC Commissioners to be allowed to check and verify the results before they are announced by the IEBC Chairman.

This is happening at the same time when the former prime Minister of Kenya and Orange Democratic Movement party leader, honorable Raila Odinga has revealed that he will be heading to court.

While reacting to his post, kenyans who took to their different social media accounts to express their opinions and suggestions on the matter have called upon the renowned Lawyer to help the former prime Minister of Kenya and Orange Democratic Movement party leader, honorable Raila Odinga in court.

According to the reports given by most Kenyans, they claimed that it was so unfortunate that most politicians often engage in unnecessary political attacks in their different social media accounts to express their opinions and suggestions on certain things instead of heading to the court of law. 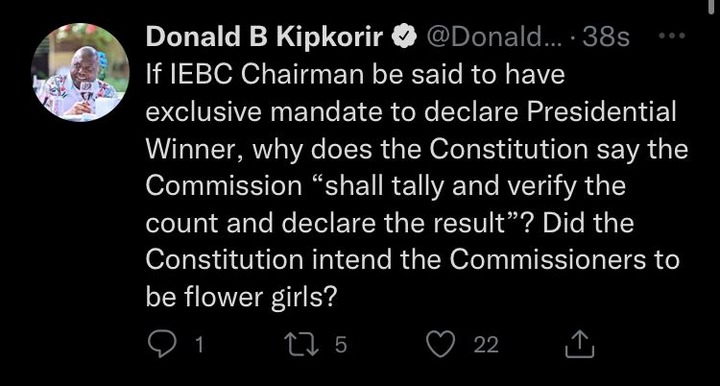