By Chelule-Manuel (self media writer) | 8 months ago 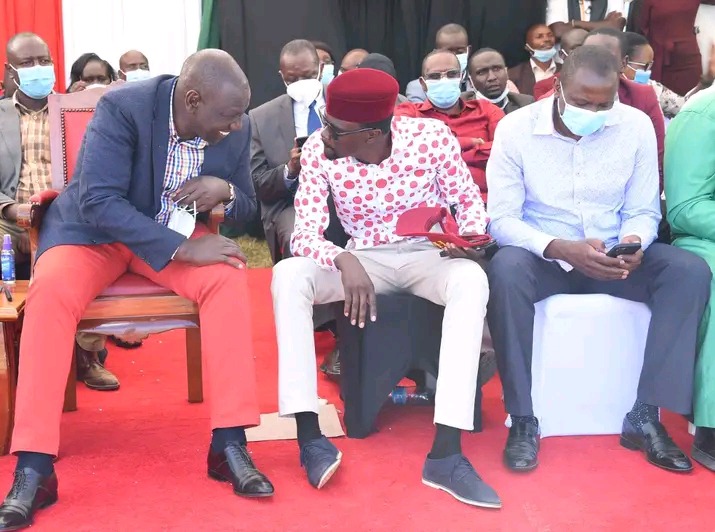 Deputy President William Ruto continues to consolidate his United Democratic Alliance party policies to boost his presidential bid as he seeks to become the fifth President of the Republic of Kenya.

However, It is merely a few weeks after the Parties' nominations that a section of the aspirants lost their ambitions. On the other hand, winners emerged and proceeded to aim for the victory ahead of the August general elections.

The United Democratic Alliance party is among the popular clubs aiming to form the next administration. Consequently, the gain of more brigades to the presidential campaign team is a bonus for the candidate and the party.

Perhaps, the deputy President has a solidified Hustler Nation landscape in several regions across the country including the Rift Valley. However, the vocal Bomet county senator Dr. Christopher Lang'at has been received by the Deputy President to the presidential campaign team of the Kenya Kwanza Alliance. Accordingly, he promised to deliver victory to the Hustler Nation over the upcoming contest.

Dr. Christopher Lang'at become second in the Bomet Senatorial nomination race after Hillary outwitted him and emerged a winner while former KNUT Boss Wilson Sossion emerged the third. Consequently, he has conceded the defeat and announced his support for the UDA boss William Ruto. 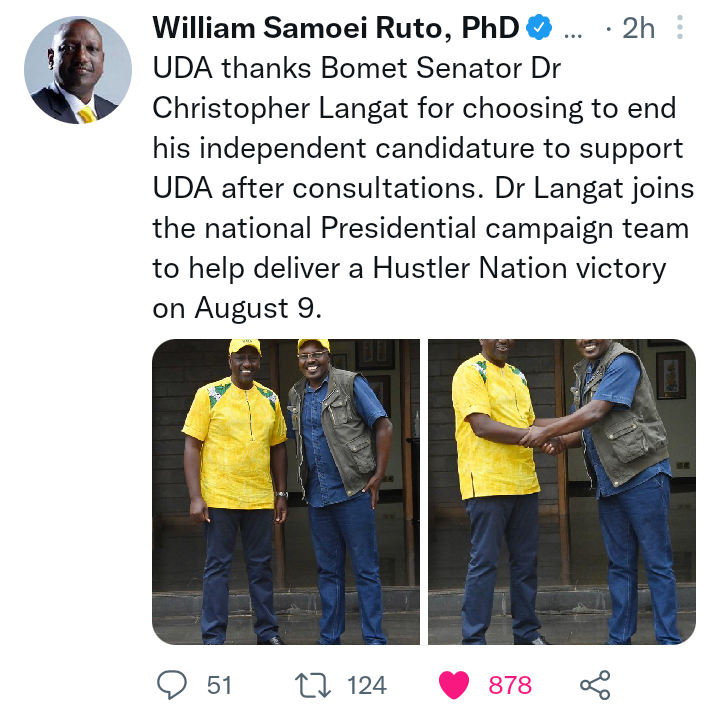