US Senate Confirms Cordona as the Secretary of Education

By TheInformer001 (self meida writer) | 1 months 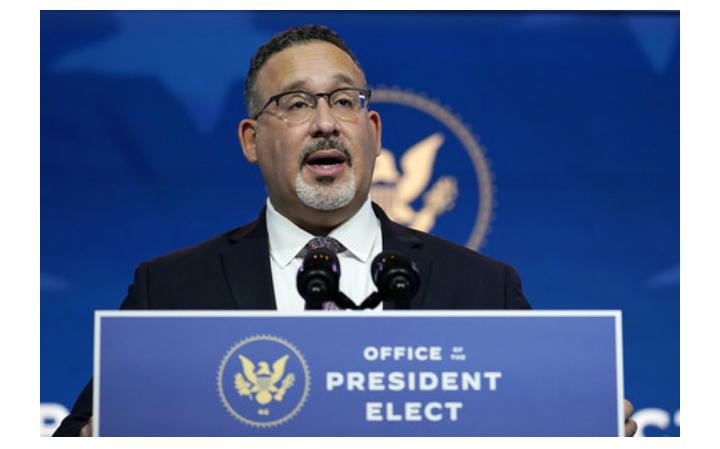 Cardona, 45, was born into poverty to Puerto Rican parents before becoming a teacher, principal, administrator and, in 2019, Connecticut commissioner of education.

As Secretary of Education, she will be responsible for helping to reopen schools, close long-standing equity gaps exacerbated by the pandemic, and manage the nation's $ 1.5 trillion student loan portfolio.

Cardona, who will be sworn in Tuesday morning by Vice President Harris, is expected to jump right into the debate about reopening the school. On Wednesday, she will travel to her hometown of Meriden, Connecticut, with First Lady Jill Biden for a school reopening event.

The Senate on Monday confirmed the leadership of the education department to Miguel Cardona, adding a key official in President Joe Biden's cabinet who will help lead the administration's efforts to reopen schools amid the pandemic.

Cardona, Connecticut's commissioner of education, becomes the twelfth person to be confirmed as secretary of education. She assumes this role at a time of unprecedented uproar and disruption in schools and universities across the country, which have been plagued by the pandemic for nearly a year.

Cardona and the White House have said his number one job as education secretary will be to guide the reopening of schools across the country. Biden has committed to opening most K-8 schools to in-person instruction by the end of April.

The Senate voted 64-33 in favor of the nomination, and 14 Republicans joined Democrats in backing Cardona.

The bipartisan vote stands in stark contrast to the controversial confirmation of Betsy DeVos four years ago, which was confirmed after then-Vice President Mike Pence voted for the tiebreaker.

Cardona's confirmation was also more bipartisan than that of John B. King Jr., President Barack Obama's second secretary of education, who was confirmed by a 49-40 vote. The five Secretaries of Education to King were confirmed by the Senate, either by voice or by unanimous consent.

Biden's selection of Cardona fulfills his electoral promise to elect a public school educator to be her secretary of education. Cardona was previously a teacher, district administrator, and assistant superintendent before being appointed Connecticut State Chief of Education in 2019.

Content created and supplied by: TheInformer001 (via Opera News )