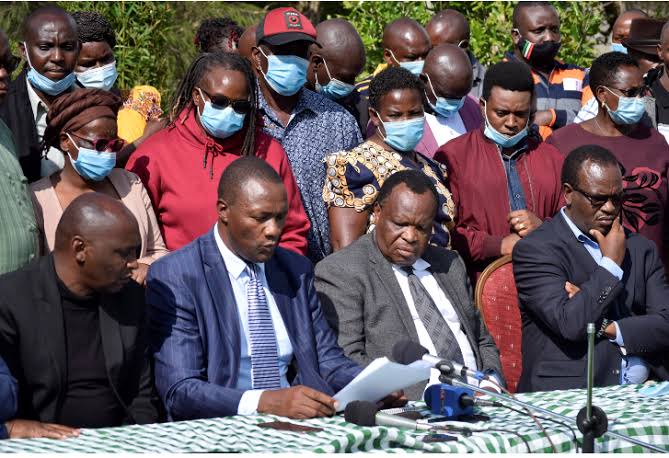 Speaking to Nation Africa, Mr Waithaka lamented that mount Kenya UDA leaders utilized Ruto's recent mount Kenya tour to campaign for UDA ONLY aspirants. According to Mr Waithaka, aspirants from other parties within the Kenya Kwanza outfit were locked out of the campaigns as they were in some occasions denied a chance to address rallies. Only UDA aspirants were allegedly given an opportunity to sell their agenda to the people. 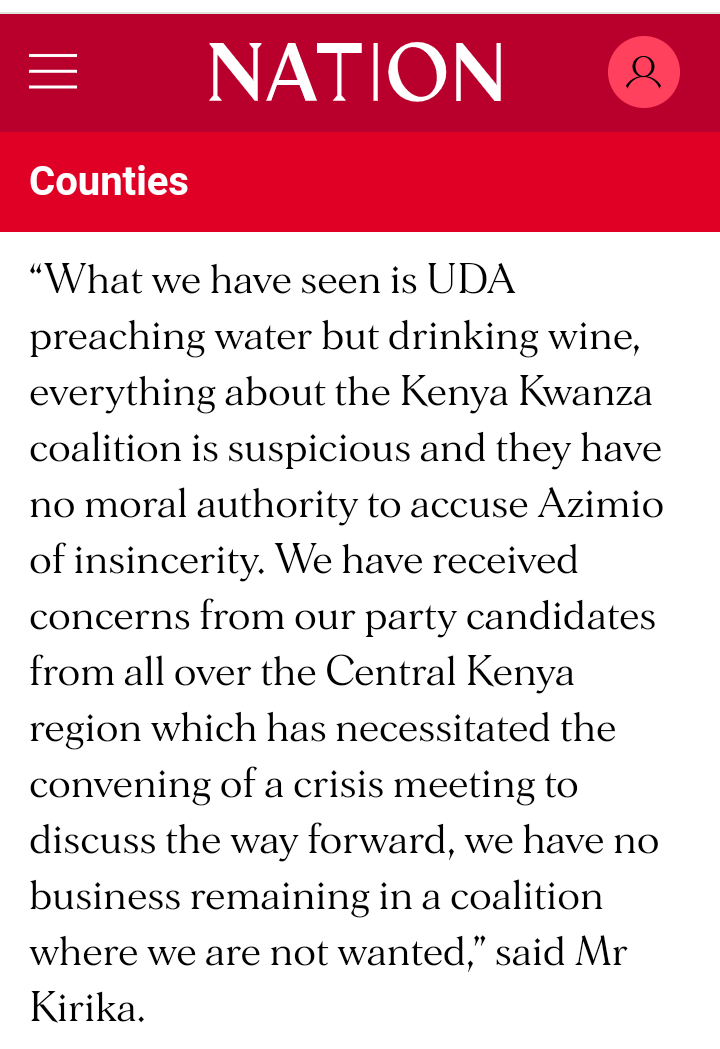 "Kenya Kwanza is preaching water but drinking wine," said Waithaka adding that everything about UDA coalition agreement with other parties is suspicious. According to him, UDA leaders in mount Kenya are only concerned with UDA aspirants and they have completely failed to embrace other aspirants from other parties contrary to the coalition agreement.

"Kenya Kwanza has no right to accuse Azimio of insincerity as it also obvious that they are discriminating other parties inside the coalition," said Waithaka.

It has also emerged that TSP party leader Mwangi Kiunjuri has recently been skipping Kenya Kwanza rallies as he was displeased with what happened in Ruto's recent Mount Kenya rallies.

David Ndii: Azimio Has Lost The Celebral Contest, They Are Winning The Trolling War