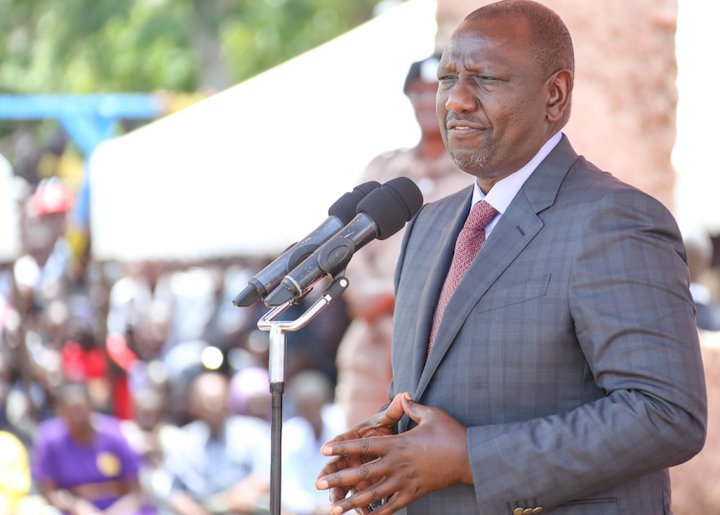 President William Ruto has claimed that the Homa Bay County is among those that voted for him and his running mate Rigathi Gachagua in August.

This, however, is despite the fact that this was among the counties where he got the least of votes, as well as the remaining three Luo Nyanza counties.

But he on Sunday claimed that it voted for him, thanking area residents for supporting him and enabling him secure the presidency.

As a result, he promised goodies for area residents, saying that he will keep his side of the promise and ensure that they benefit from his leadership. 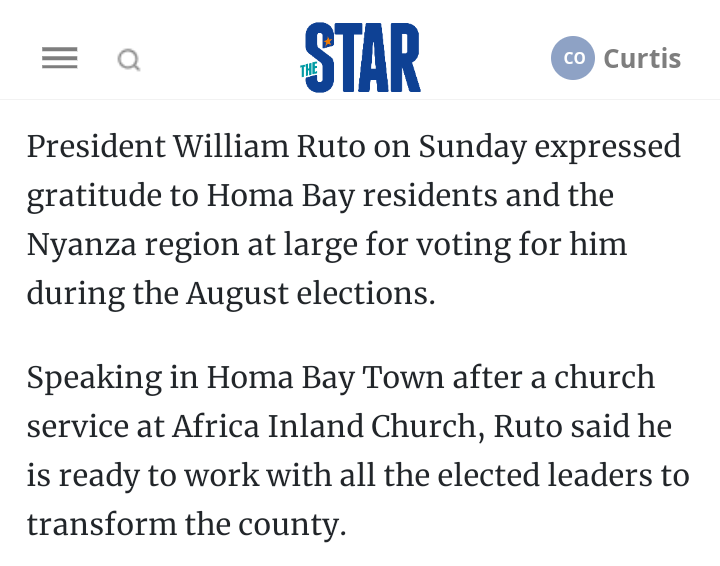 "We will work with all the leaders so that we can transform Homa Bay. We are going to work together so that we can serve you as the people who have elected us," he said while touring the county, as is reported by The Star.

He also pledged to work with area leaders to achieve his goals for the county, stressing on the need for them to shelve their differences with him.

"I want to assure you that the agreement we made between the people of Homa Bay when I came here for our economic forum, that commitment, I am going to work with all elected leaders in Homa Bay and across the country so that we can transform our country on the basis we have agreed upon," he said.

But the region remains largely in support of Raila, with most area leaders being elected on Raila's Orange party ticket.

JUST IN: Powerful Uhuru PS Hands Over Office to His Successor

“He Put up a Spirited Fight.” Recce Squad Officer Killed by Thugs in Nakuru

Do You Know His Family: Well-wisher Takes Initiative To Trace Family Of A Street Boy For A Reunion

Youthful Nurse Stabbed To Death By Thugs, Body Found Lying In A Pool Of Blood Inside Her House