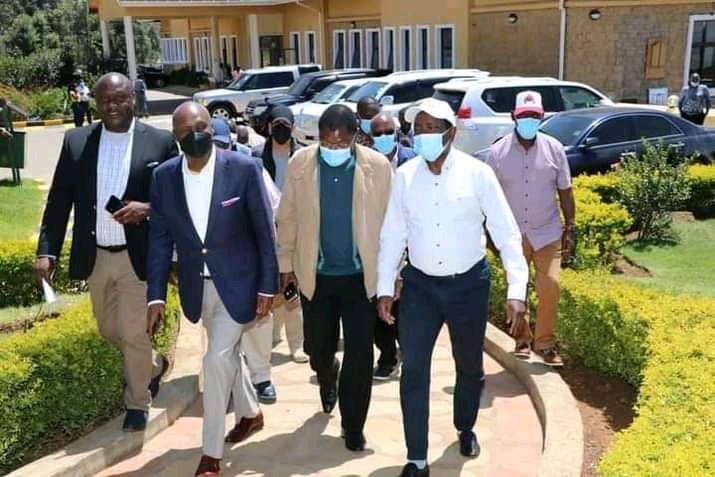 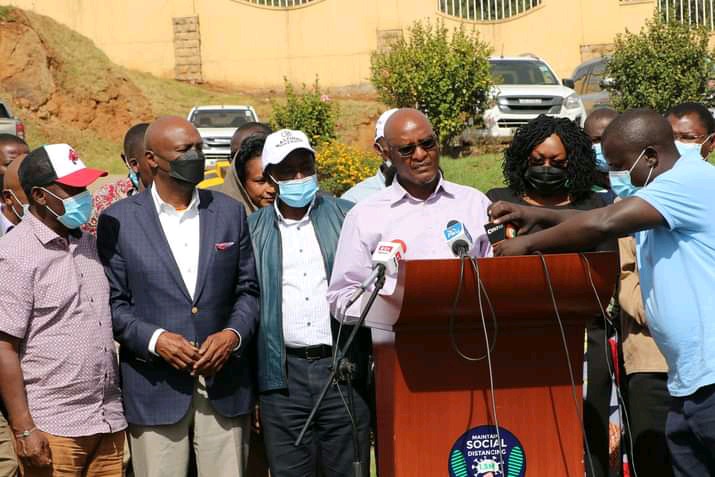 The duo (Kalonzo Musyoka and Gideon Moi) angrily stormed out of Mudavadi's National Delegates Conference (NDC) at Bomas of Kenya in Nairobi after the Deputy President William Ruto and his Tangatanga brigade unexpectedly arrived to grace the event that pulled thousands of ANC delegates.

In an attempt to besiege Kalonzo and Gideon Moi to abolish their plans of walking out of Mudavadi's NDC , Wetangula was unanimously treated with a crude after the Baringo senator Gideon Moi who was breathing fire instructed him (Wetangula) not to block them.

"Don't, block us, these nasty political games will end" Gideon Moi pointed a finger at Wetangula. 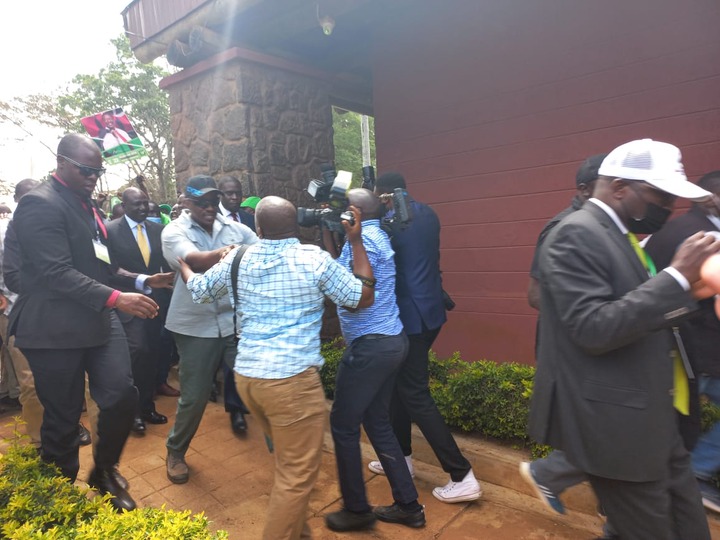 Kalonzo Musyoka, on the other hand, ordered Wetangula to clear way for them to pass unperturbed.

"Pave Way, don't stop us" Kalonzo openly told Wetangula as he pulled his hand for a close talk

Kitui County Governor Charity Ngilu has thumbed up Kalonzo and Gideon Moi for walking out of Mudavadi's NDC which she termed as a politics of deceit. 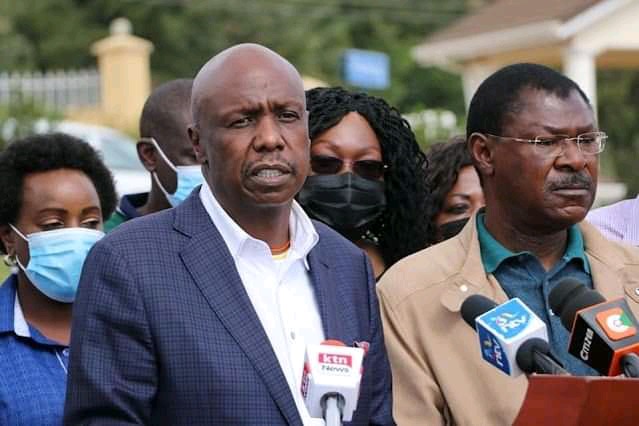 Mudavadi and Deputy President William Ruto have finally agreed to dribble the 2022 political ball as a team in their bid to seek presidency. 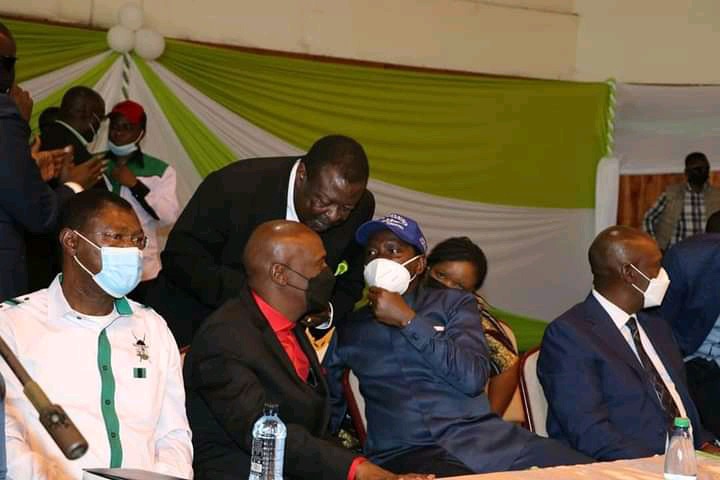 ANC leader noted that the party is fishing friendship from other like-minded parties that will join the hustler nation and Uchumi Bora train in uplifting the lives of underprivileged Kenyans.