Ruto Is Extremely Intelligent, Although I Don't Support Him, Says Willy Mutunga 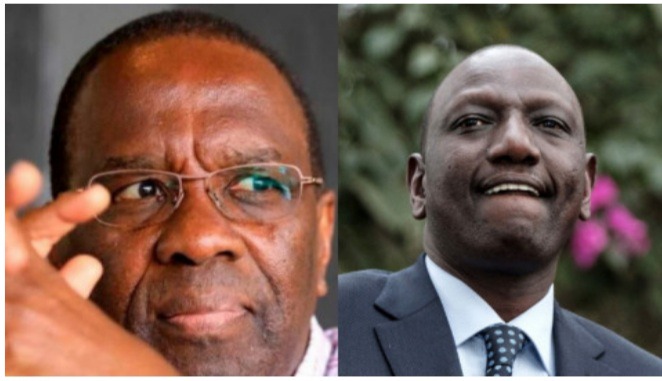 While stating that he did not support his policies, Mutunga noted that Ruto's disposition as an outsider among political bullies worked well for him against his competitors.

"Dangerous as it may sound, the Hustler case challenges the status quo, the haves versus the have-nots," Mutunga told The Standard, adding that Ruto was one of the "haves" despite what he presented himself as.

Mutunga attributed the DP's advantage to what he called a good advisory team, which he says Ruto's main opponent, ODM chief Raila Odinga, is slacking off.

“Raila has been abandoned by his intellectual team… The point is, Ruto has them cornered because they cannot oppose his bottom-up narrative,” Mutunga said.

He further added that Ruto "is counseled and has the brain to repeat what he has been told".

This is not the first time that Mutunga has spoken about the DP's strategy in his candidacy for the 2022 presidential election.

In June, while addressing the Belgian NGO The International Crisis Group, he described Ruto as a “brilliant” influencer.

"He is a brilliant organizer and mobilizer. I have never underestimated our politicians or even religious leaders at all, they have followers and they know how to keep their followers.

He added, however, that he is like any other politician; a pathological liar who accidentally tells the truth.

"The vice president is just opportunistic. He never supported the constitutional referendum in 2010, he was with the churches vehemently against the constitution. But again, as we say here in Kenya, politicians are liars pathologies that tell the truth by accident, ”Mutunga said.

How To Live Well With Your Enemies