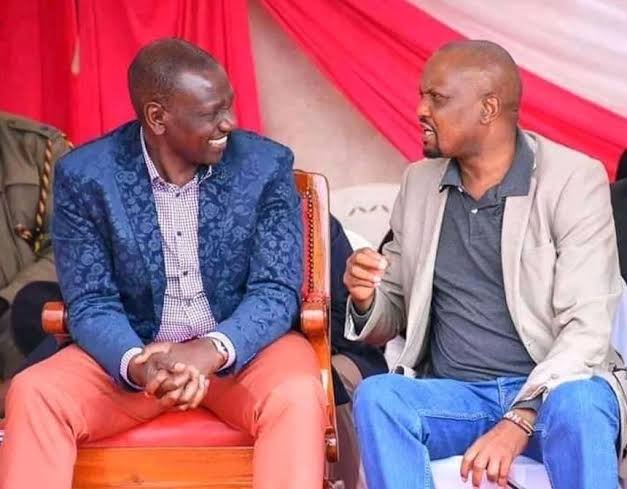 MP Kuria has been on the fence about the presidential race since he ideologically differed with Deputy President William Ruto after the DP made it clear that he does not support coalition of UDA with small parties and any of his allies must join the UDA party. Kuria, who was not ready to dissolve his Chama cha Kazi party, then PEP, distance himself from DP Ruto since then.

Recently, he unveiled posters of UDA rebels including Kirinyanga Woman Rep Wangui Ngirici and MP Sabina Chege as some of the leaders to vie on his CCM party ticket.

Now again, Kuria dropped a corded message that left many Kenyans online guessing. Kuria, who had at a point accused DP Ruto of calling his party a tribal party, said that whoever has eyes should not be told to see because the forthcoming election is already defined. 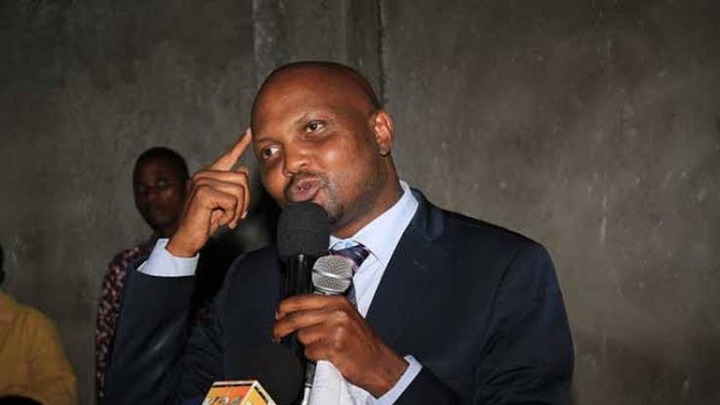 "In the forthcoming elections, there will only be two categories of political parties- Parties that will respect other parties and parties that will form the opposition. Chambilecho Wahenga, mwenye macho haambiwi tazama," Kuria stated.

The message caused uproar online, with supporters allied to DP Ruto expressing their disappointments as those allied to Raila welcoming the move. Below are the reactions online;

"Backslide with some dignity MK ,to your village party, CCK was long procured as an extension of State project, overconfidence kills," Mark Joe stated.

Trebor Muriuki..."Kuria thinks that he has monopoly of my Kenya votes, , let me warn him that any support he has in my Kenya, is because of the side we thought he supported , come clean and utajua hujui with this kasmall party of yours, , UDA will win in your ward, , we know you are after your own selfish gain now"

Fredrick Frezer Adara..."Hustlers tumeonewa, UDA is a national party not Kalenjin party as perceived by Kuria" 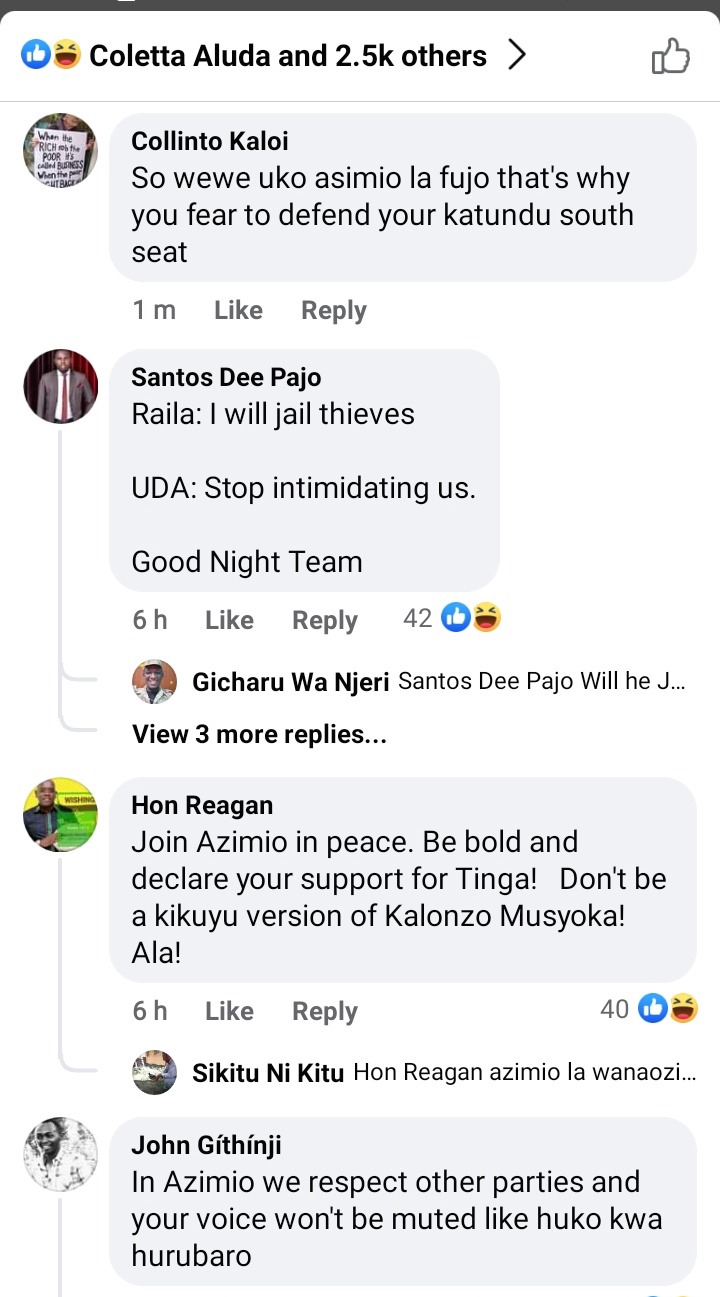 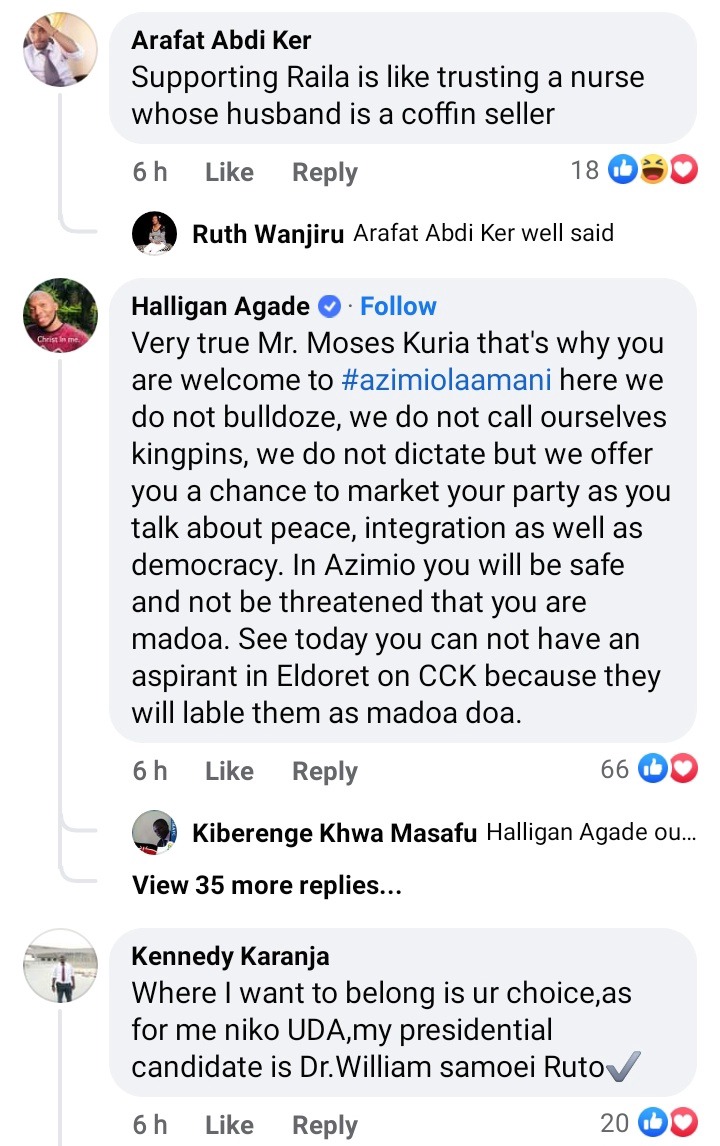