The politicians are doing everything possible to ensure that they remain relevant next year during the general election.The coming election is seen as a contest between Raila Odinga and Deputy President William Ruto.The two have made huge steps in convincing the electorates to vote for them in next year's general election.

Senator Moses Wetangula is determined to clinch the OKA alliance top seat.In case he succeeds,he will face off DP Ruto and his one time co-principal Raila Odinga.As he aims at clinching the top seat,Senator Wetangula has broken his silence.He has sided with UDA MP ally Didmus Barasa to endorse the Senate speaker Ken Lusaka for Bungoma Gurbanatorial race.Lusaka who was defeated by the current Governor Wamangati has already declared his interest in the top seat again.

The differences between Governor Wamangati and senator Wetangula started way back when the governor attempted to replace the senator in the party leadership position.Wetangula is claiming that the governor has failed the Bungoma residents as far as development is concerned. 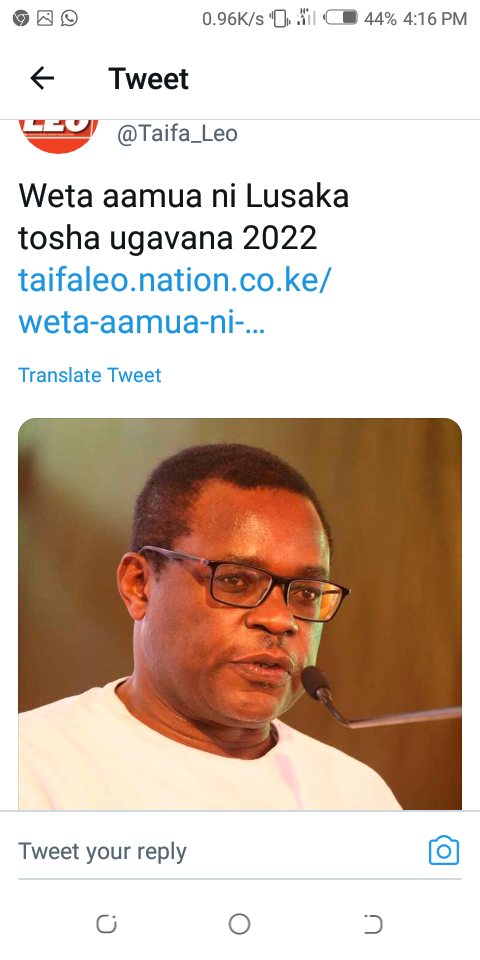 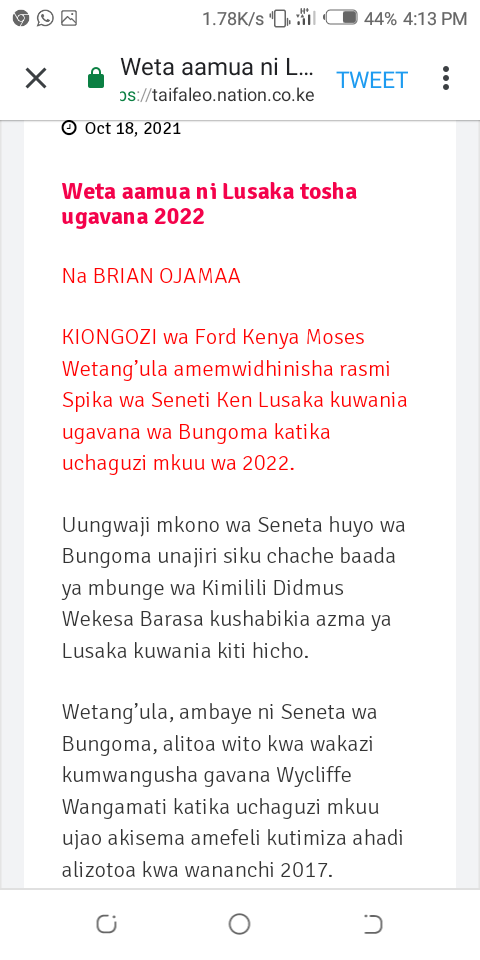