Why Raila Will Declare His Candidacy After The Voter Registration Exercise

Orange Democratic Movement (ODM) Party leader Raila Odinga has revealed that by the end of this month he will declare his candidature to take over President Uhuru Kenyatta in the 2022 General Elections. 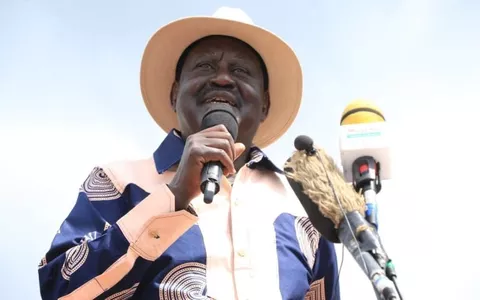 The former prime minister has articulated that his decision would be influenced by the outcome of the ongoing registration of voters that is scheduled for this month of October.

The opposition chief hinted that low registration turn up could see him opt out of the presidential run.

Raila has urged his supporters to prepare for next year's election by acquiring national identification cards and registering as voters in huge numbers. “You must all get your shield and spear for me to be able to have a strong command against our opponents,” he stated.

The ODM boss noted that he must look at number of registered voters in order to rival with anyone for the top seat.

Odinga, who has been traversing various regions accompanied by political bigwigs as they engaged the voters, has been hesitant to declare his bid.

The former premier has called upon locals from his backyard who are of age to make good use of the one-month process requisite for the following year's ballot exercise.

“I am not happy because young people in this region are very reluctant to register as voters while those from other regions are beating us” Raila noted.

During his visits, the son of Jaramogi has asserted that his prime focus is on the Azimio La Umoja campaign bid, where he is making Kenyans aware of his track record as well as unveiling what is in offing for the future.

In the recent past, he has pointed out that his decision would depend on the views and consultations from the esteemed Kenyans.

“I am getting the opinions of Kenyans on different issues and at the end of these consultations, which I hope is going to be by the end of this month, I’ll have made up my mind and I will make an announcement if I am going to run or not,” he stated.