He got a double miracle same day

By Antonio (self media writer) | 11 months ago 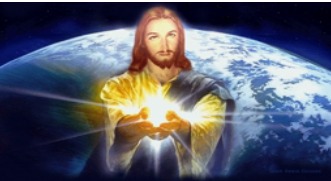 Mr. Elvis had a job interview to attend at 10 am but his wife developed complications at 9 am. He decided to take the wife to the hospital and leave for the for the interview thereafter, but on their way to the hospital, the taxi broke down. It was already 10.30 am before he could get another taxi.

When the door was finally opened,Mr. Elvis said, "I'm sorry, I came..... He wanted to apologise for coming late, but the secretary interrupted before he could finish his statement and ushered him to the Board room. The secretary said, "I apologise Mr. Elvis for keeping you waiting since 10 am. We actually heard when the bell rang at 10 am but we were held up in all meeting with our company suppliers."

"However, we have sat since 8 am to deliberate on your job specification, your office and salary."

Mr. Elvis was baffled and said, "Madam I haven't been interviewed yet". The Madam answered and said, "we dicided not to conduct the interview at least to save time and also save the interviewers money on transport. So we looked at the papers for the most appropriate person we wanted and opted for you. "

"Also we had tested your patience this morning by keeping you waiting intentionally for 2 hours. That's part of your interview. You won't be disappointed. You'll be shown your office, your secretary and the driver assigned to drive your company's allocated vehicle you'll be on probation for 2 years."

On his way out, his phone rang and it was the wife. She said, "honey, I was delivered of a bouncing baby boy". It was their fifth child and the only male child. He immediately named the child 'Miracle'.

He got a double miracle same day. All the disappointments turned out to favour him. God positioned the mail delivery man to ring the bell at 10 am.

God also helped them up in the meeting untill Mr. Elvis arrived.

You might be held up by issues in your life and hope might be diminishing and you think the chance is gone. But you know what! God is waiting for you to release his favour.

So don't go back along the way. Don't quit. Don't be upset by what you face along the way. Infact, God has already delibereted on your specifications.

One more thing: you don't have to go through an interview, since you have all the qualifications God wants.

My prayer for you who will share this testimony:

1. God will position somebody at the right place and right time for you who will the bell ring in your favour.

2. God will turn all your disappointments to be a blessing for you.

May this be your portion. What are you waiting for share to your whatsapp and Facebook contacts and groups and type Amen on the comment section, to claim this prophetic declaration.

Content created and supplied by: Antonio (via Opera News )