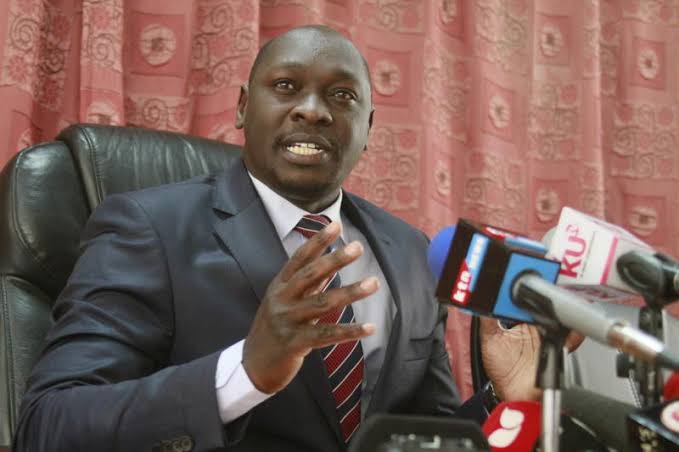 Hon. Joshua Kutuny, a member of parliament for Cherangany, has warned Rift Valley lawmakers from the UDA Party who are allegedly criticizing and accusing Him of joining the handshake to support Raila. He has urged them not to take him seriously because His people have benefited from the same handshake and because he avoids tribal politics.

Kutuny revealed that He has been attacked numerous times by UDA MPs who have accused Him of defecting from their Party and joining Uhuru and Raila, where He was appointed Party Secretary-General, and urging Him to focus on working for His people who are looking to Him instead of doing tribal politics, who have benefited greatly from the move.

He further stated that because He was waiting to support the victor and their administration, He would never advocate for Raila or Ruto.

Mp said that he wants to let the UDA Party MPs know that he don't care about their Party politics; he cares about his people, who are suffering, even though they accuse him of hating them ever since he joined Handshake. He added that he cherishes the various tribes in his constituency who have benefited much from Uhuru and Raila. He won't run a presidential campaign, though, for August-related issues. He is holding out to support whichever side prevails."

Nelson Havi Alleges What Will Happen in Bomas Soon

"We are Confident We Will Win" Wajakhoya's Root Party to Kenyans

“They Accused Me Wrongly” DP Ruto Opens Up