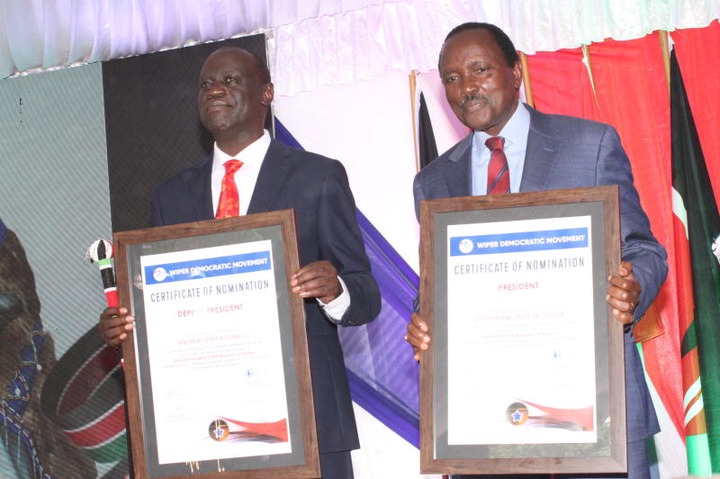 Despite reports that the Wiper Party leader Kalonzo Musyoka will be on his way back to the Azimio La Umoja One Kenya Alliance, his running mate, Andrew Sunkuli has called upon their supporters to be calm and await the final decision.

Kalonzo unveiled Sunkuli on Monday May 16 as his running mate, when he announced his separation from Azimio, the same day Raila Odinga was unveiling Martha Karua as his deputy.

Speaking with Citizen TV on Tuesday, Sunkuli noted that the stand off between Raila and Kalonzo is not personal but political, and thus Kenyans should not read much from what is happening.

On their presidential bid, Sunkuli revealed that before Kalonzo flew to London two days ago, the duo had a 'photo-shoot' in bid to have their presidential billboards and posters, but failed to divulge more on if the campaigns posters are out already or they will be suspended. 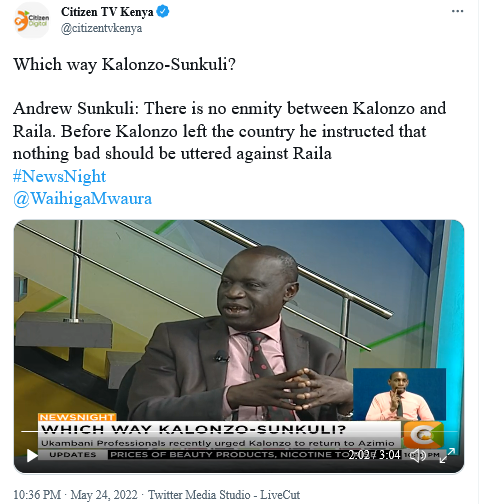 Sunkuli further disclosed that Kalonzo directed his allies and leaders within the Wiper Party to ensure they did not talk ill of the ODM party leader, while he was out of the country, saying that everything was in order.

Before Kalonzo let the country, he had spend some time at his Yatta Farm where he was 'reflecting on his next move, and it has been reported that he met with President Uhuru Kenyatta abroad and ironed the issues.

On Monday May 23, Sunkuli represented Kalonzo during the IEBC's pre-nomination meeting that took place at the Bomas of Kenya before the presidential candidates are cleared ahead of the August polls.

Joy In UDA As The Latest Opinion Poll Shows They Might Win All Top Seats In Nakuru County.

I Have No Problem With IEBC Even If Raila's Brother Chairs The Commission, DP Ruto Says.