After being passed over for the position of running mate for Hon. Raila Amolo Odinga, Wiper Kenya Democratic Movement party leader Hon. Kalonzo Musyoka made the decision to sever ties with the Azimio La Umoja One Kenya Movement. He made the independent choice to put himself forward for the presidency, despite the immense pressure that has been put on him to reverse his choice and return to Azimio. 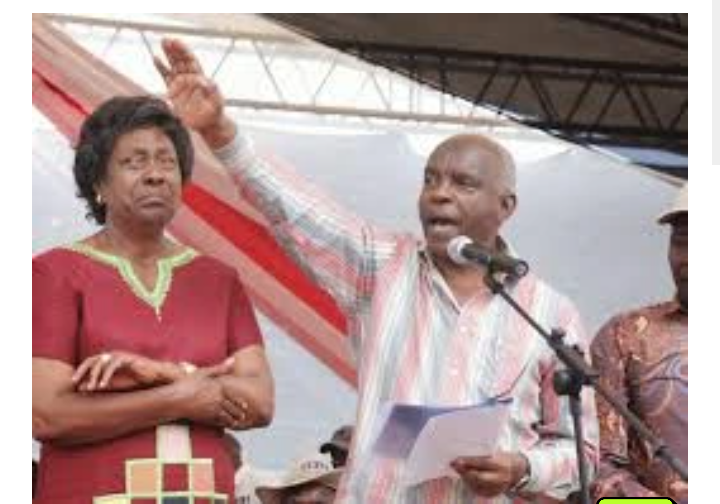 An ally of the leader of the Orange Democratic Movement party, Hon. Raila Amolo Odinga, has disclosed what the Orange Democratic Movement governors Charity Kaluki Ngilu and Kivutha Kibwana will receive in the event that Hon. Kalonzo Musyoka does not return to the Azimio La Umoja One Kenya Movement. According to City Lawyer Senior Council Donald B Kipkorir, he stated that if Hon. Kalonzo doesn't return to AZIMIO today, Hon. Raila Odinga should offer the Office of Prime Minister to Charity Ngilu and the Minister for Water and Irrigation to Professor Kivutha Kibwana. Professor Kivutha Kibwana should also be offered the position of Minister for Water and Irrigation. 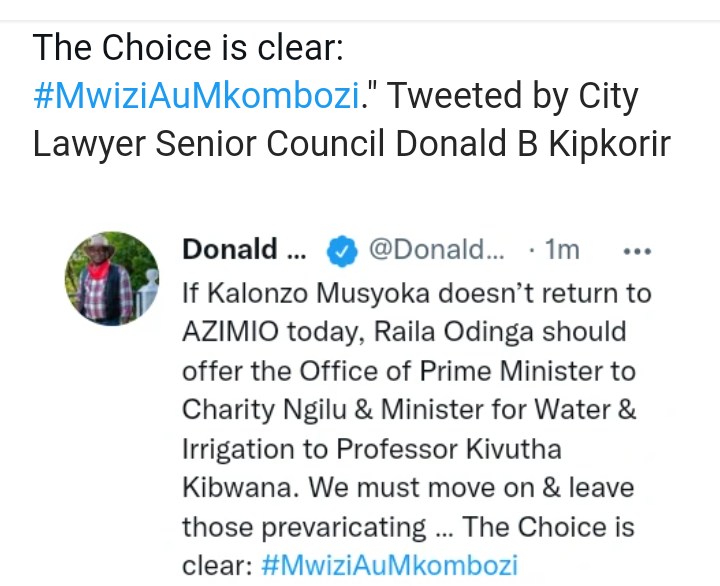 "Charity Ngilu and Professor Kivutha Kibwana should be offered the positions of Prime Minister and Minister for Water and Irrigation, respectively, by Raila Odinga in the event that Kalonzo Musyoka does not return to AZIMIO today. We need to move on and leave those who are hedging their bets... There is no question about it: #MwiziAuMkombozi." Donald B. Kipkorir, City Lawyer Senior Council, tweeted the following.

How Raila Odinga Was Welcomed In Nyeri County Today (Video)