Check Out: Wetangula Endorsed By Ford Kenya For A Top Position As Rivals Fight Back

By Hot_StudioNews (self media writer) | 2 months ago

Ford Kenyans have approved Moses Wetang' ula for the presidency, despite a competing faction calling the assembly a sham. A National Delegates Congress named Wetang' ula as the party' s presidential candidate, as well as making significant changes to the party' s leadership. The Bungoma senator will continue to lead the party, but Millicent Abudho and Innocent Obiri will serve as his deputies.

Richard Onyonka, the MP for Kitutu Chache South, had been the deputy party leader until Thursday. Chris Wamalwa, a Kiminini MP, has been named secretary general, and Joel Ruhu has been named the party' s national chair. Wetang' ula reaffirmed his allegiance to One Kenya Alliance in his address to the delegates. " I appreciate delegates for allowing me to head Ford Kenya as it contacts with like- minded parties in preparation for the general election in 2022, " he stated. 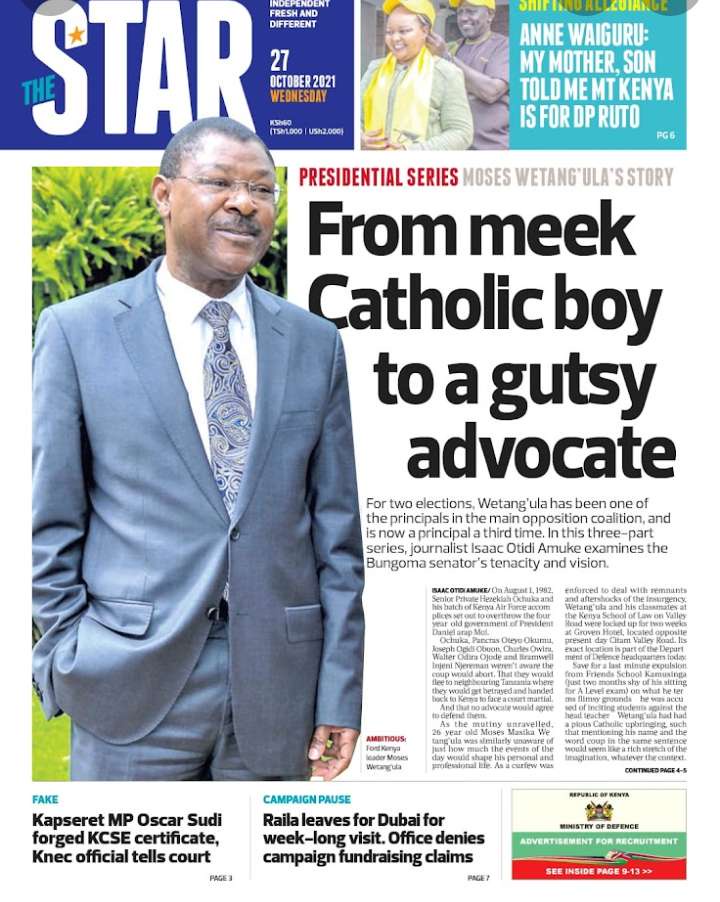 At the Bomas of Kenya in Nairobi, Oka principals Gideon Moi (Kanu) and Kalonzo Musyoka graced the occasion. Senator Cleophas Malala of Kakamega represented ANC leader Musalia Mudavadi at the conference. While Wetang' ula was being approved, a competing faction led by Tongaren MP Eseli Simiyu and his Kanduyi colleague Wafula Wamunyiyi held a press conference to denounce the NDC, claiming it was a futile activity. " I wouldn' t call it an NDC, but it was a gathering of Ford Kenya members. " " Orders have been issued to halt the meeting, " he explained. 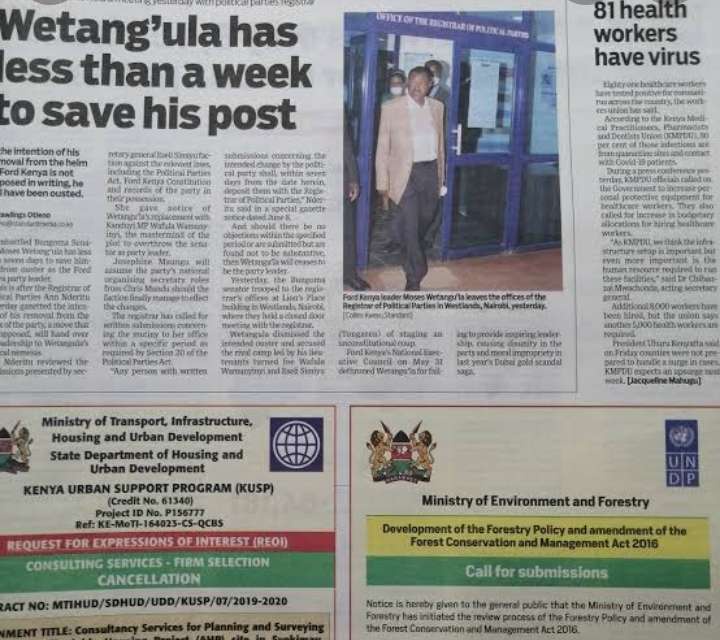 He declared that, as instructed by the Political Parties and Disputes Tribunal, they had placed their NDC on pause. The tribunal halted two rival NDCs, one organized by Wetang' ula' s group and the other by Eseli' s wing. 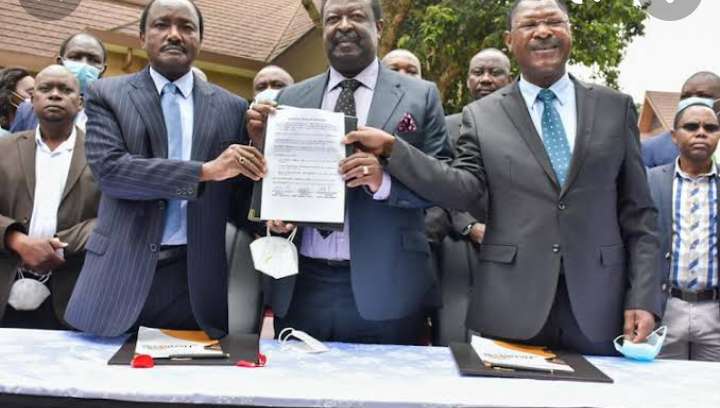 According to Eseli, the order was delivered electronically around 4 p. m. on Wednesday. " The preparations for our rendezvous were in full swing. We' d found and paid for a location. Despite our dissatisfaction with the decision, we will follow the orders as we have in the past " he stated.

Eseli stated that his staff is dedicated to the rule of law and will await the tribunal' s instructions. " We are going through some difficult times. Elections are only nine months away, thus time is running out for the party " Added he. 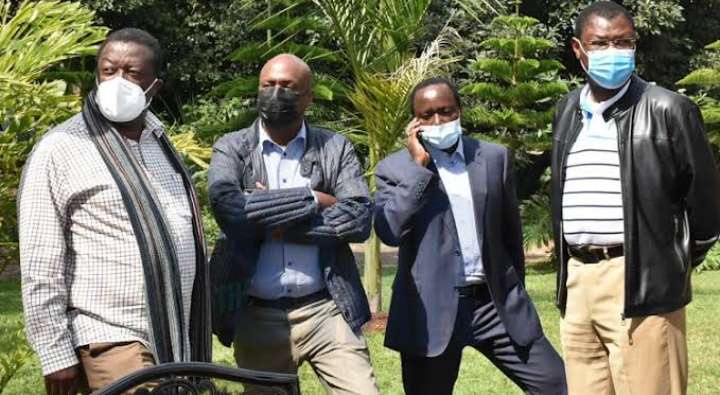 The Political Parties and Disputes Panel ruled that the two factions cannot hold the NDC on November 4 until the tribunal has heard and decided all cases standing before it. Mention is set for November 15 at 2. 30 p. m. to confirm compliance and provide additional instructions.

Delegates to the Kenyan Bomas mandated Wetang' ula to approach other parties in order to establish the next administration. " It was not too late to return home, " Ruhu said, extending an olive branch to Eseli. " Because we still love them, we will forgive them. " " Like the biblical prodigal son, they should return home, " he remarked.

Wetang' ula described how Ford Kenya formed alliances with other political parties in the 2002, 2013, and 2017 elections. 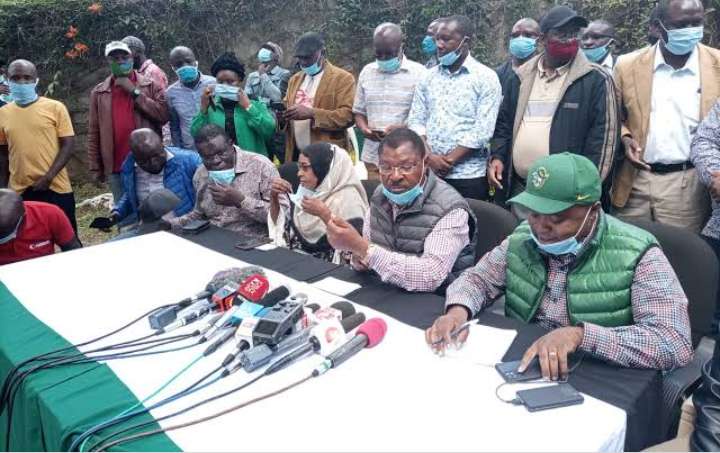 Oka leaders were asked to stick together and redouble their efforts across the country. " We' ve been criticized of having too many boardroom meetings, " Lugari MP Ayub Savula remarked, " but Kenyans are now seeing us on the ground on a daily basis. " Alfred Agoi (Sabatia), Dan Maanzo (Makueni), Ferdinand Wanyonyi (Kwanza), Abshiro Halake (Nominated Senator), Beatrice Adagala (Vihiga Women Rep), Robert Mbui (Kathiani), and a host of MCAs were also present at the meeting. 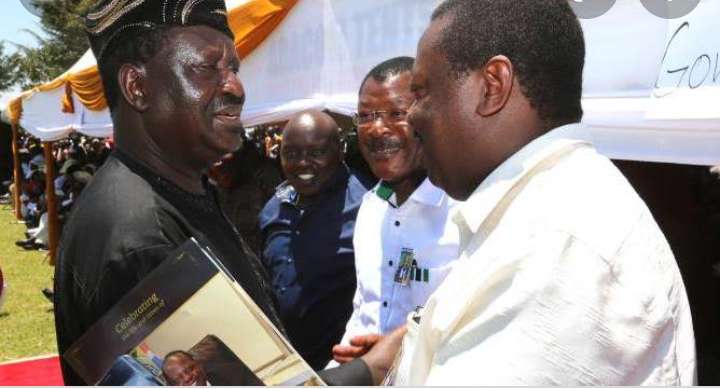