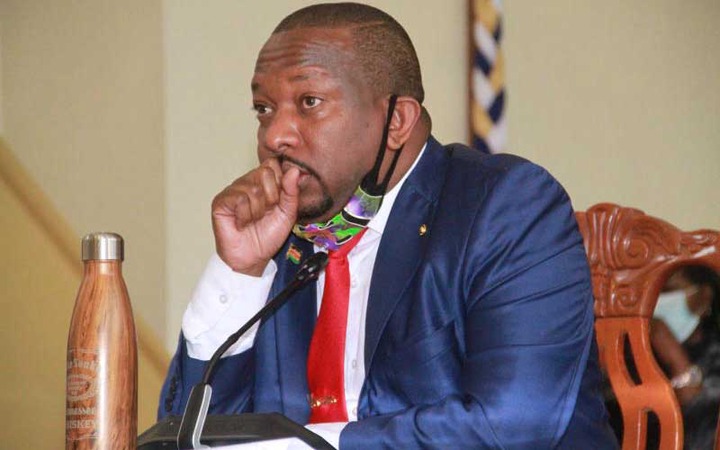 Former Nairobi County boss ex-Governor Mike Sonko has been called to appear before the Judicial Service Commission, and record a statement over his leaking clips painting Justice Said Chitembwe as a corrupt judge.

The commission has taken into account several audio and video clips that have been shared by Sonko on his social media pages against the High Court Judge.

"JSC will require your personal attendance to testify as a witness in the aforesaid matter which will proceed for oral hearing on Tuesday, December 14, 2012," reads part of the JSC statement to Sonko.

The former Governor has one week to honour the summon. Yesterday, a second petition seeking the removal of Justice Chitembwe was filed.

In the supporting documents, Mr. Wambua has attached the clips that Sonko had posted on his social media, dubbed 'sonkoleaks'.

Sonko has since been ordered by the court not to release any more clips. The petition which Sonko supports alleges that the bad blood between Sonkoand Chitembwe developed following a disputed land parcel in Kwale county as petitioned by Imrad Beige and David ole Kilusu, who accuse the judge of gross misconduct and judicial incompetence.

Sonko wants a tribunal formed to decide on Chitembwe's ouster over his open bias, malice and ineptitude in the conduct of proceedings before him, and churning questionable judgments.

Speaking on Monday this week, Supreme Court President Chief Justice Martha Koome stated that both petitions had been received by the JSC, and forwarded to the embattled judge who should respond within two weeks.