The 2022 general elections were one of the most spectacular elections that Kenya has ever conducted. One thing that amazed the world is the peaceful and transparent way in which the elections were carried out. Another thing that caught the attention of many is the defeat of popular politicians by young upcoming politicians. 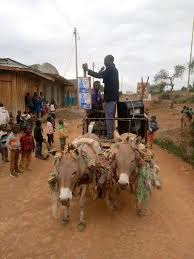 One young woman who went viral was Linet Chepkorir alias Toto who floored political Giants in Bomet county to win the woman representative seat. Another young man from Nakuru has left Kenyans talking after he won the Member of county assembly seat. The 22 year old who has been recognized as George Nene is a student at Egerton university. When he hit the road to campaign for the MCA position no one believes that he could win.

The young man used a donkey for his campaigns and during an interview he revealed that he had borrowed the donkey. It was also revealed that during his campaigns he wore one shirt as he did not have money to buy new clothes. As he plans to represent the people of Njoro in the Senate, the young man will need to dress officially although he said he has never won a suit in his life. 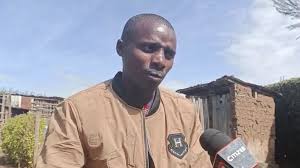 His life has taken a new course and he believes his future is bright. He believed in himself and because of it he is now an elected leader. Follow the page for more news updates daily.

"After I Left My Marriage I Slept with Different Men For Who Paid Me 20 Bob Only." Margaret Stated

"Although I Was in Azimio, I Hope Ruto's Govt Will Give Me a Job" Former Sports CAS

Azimio Leaders Poke Holes In Ruto's Administration, Wants Him To Lower The Cost Of Living

Life Imekataa: Man Kills Himself, Claims That He is Unable To Take Care of His Pregnant Wife