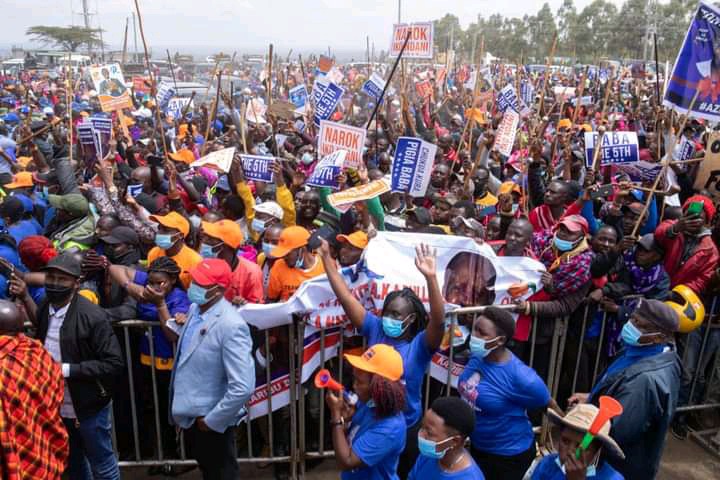 Raila Odinga and his troops today toured Narok county where they drummed Azimio agendas while seeking favour from the Maa community. Raila who was accompanied by various leaders from the area attacked Ruto claiming that he can not the Masaai community grievances.

Suna East member of Parliament Hon Junet Mohamed who had also accompanied his ODM boss Raila Odinga caused stir after accusing Ruto of stealing over 200 hectares of land of Ololunga residents including that of former vise president Joseph Murumbi.

However, he promised hope to Narok residents by stating that if they support Raila in forming the next government he will ensure every citizens gets back his land and stay in peace. 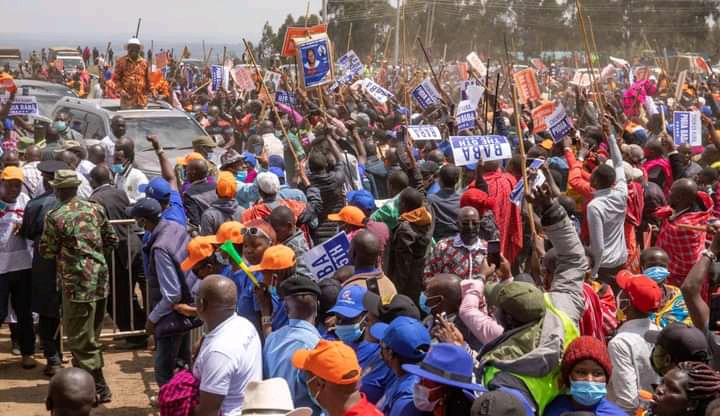 Junet also accused Ruto of squandering Narok residents funds for eight years despite being the Deputy President doing nothing but holding non significant meetings at his Karen residence in Nairobi. He urged the Masaai to choose their own leaders without intimidation by Ruto who has asked them to vote UDA allies only in the coming general elections.

Rigathi Gachagua Reveals What Mt. Kenya Needs To Do To Get The 50% Share Of DP Ruto's Government

List Of Politicians Blamed For Cheating Kalonzo To Leave Azimio