By Proff (self media writer) | 3 months ago 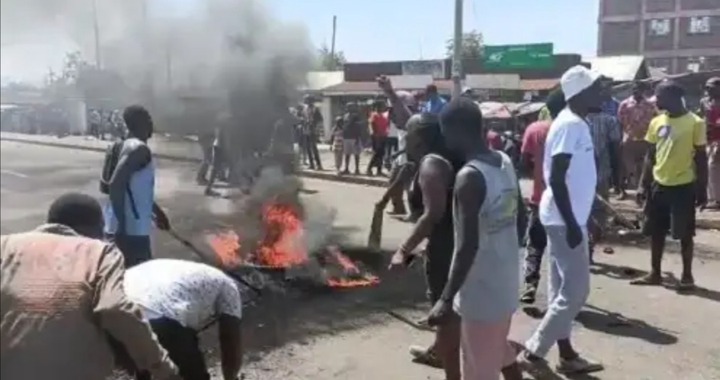 Kisumu County is known for its firm support on ODM Leader Raila Odinga. Unfortunately, the table has turned down as residents around Nyalenda have gone wild at Raila's move on how he conducted ODM party nominations where MCA aspirant Ratib Boitone who's not People's favorite was forcefully awarded the certificate by the top party officials.

According to reports by Daily Nation which has attracted the attention of many Kenyans across the country, the "wild" youths have directed their disappointment to the streets to protest against the move that was made by ODM party leaders. 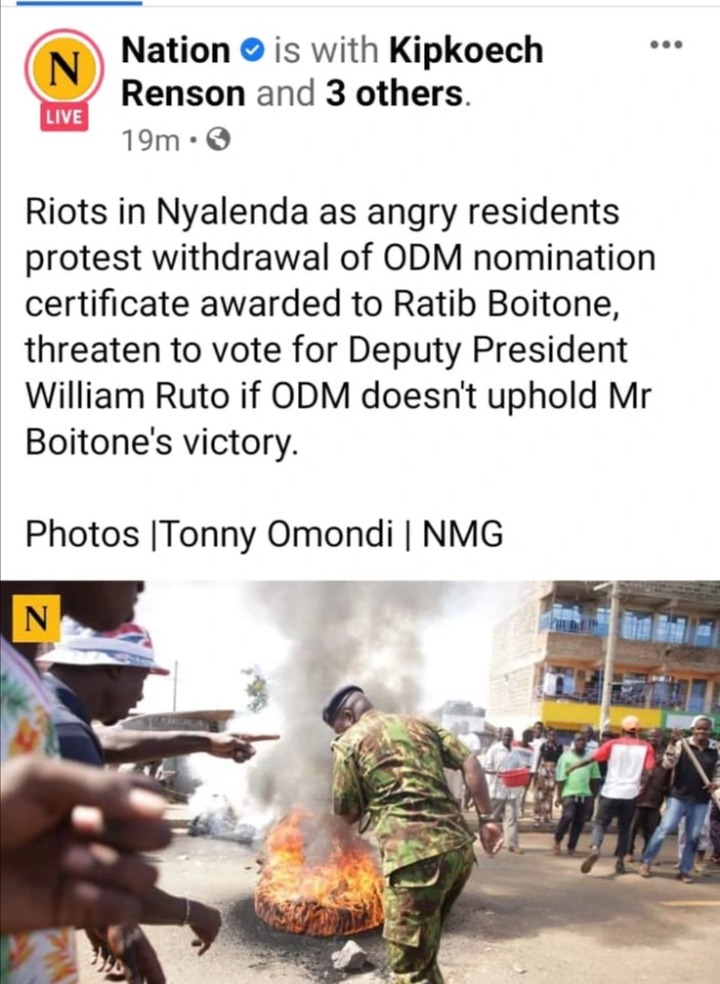 They even threaten the ODM party and its leader Raila Odinga that if fails to retrieve back the certificate which he gave Ratip Boitone then they will withdraw their support for his presidential bid and instead support Kenya Kwanza Alliance leader DP Ruto.

Several protests have been conducted across the country prior to the recent concluded nominations ahead of 2022 general elections. The protests are happening due to the misunderstanding on outcome of the party primaries and decisions made by ODM that seem to be against the will of the residents.

Kisumu Central is among the witnessed protest where the incumbent MP Fred Ouda went to the street with his supporters to oppose the election of the top competitor Joshua Oron.