BBI a Second Landmark by the Judiciary, Post 2010 Constitution as Kenya Consolidates her Democracy.

By RetlaWalter (self meida writer) | 28 days 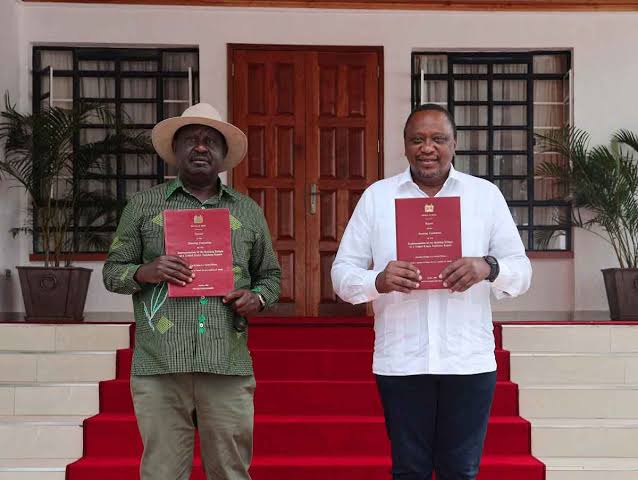 Kenya has been on the verge of consolidating her democracy as a democratic state as defined by the rule of law and constitutionalism. This was clearly defined in the 2010 constitution after he it was promulgated. This new constitution defined the independence of the Judiciary and the electron and boundaries commission that has, seen that elections have been fair since despite post election violence in every electioneering period.

After the 2017 general elections, election violence was heated after annulment of the election by the supreme court. The opposition went to a step of even swearing in Raila Odinga as the People's President. In May 2018, the opposition leader and the president at the foot of harambee house shook hands and declared end of 5year cycle violence evident after elections.

Pomp, Glamor and an Expensive Coffin as Chris Kirubi is Buried at His Rural Home (Pictures)

Homa Bay: A Man Has Been Arrested After Licking Blood From A Dead Body

Best places to enjoy with your Girlfriend in Nairobi.