By Sonofbatman (self media writer) | 23 days ago

The Ministry of Interior Security a few days ago announced major changes in the administration of the National Government across the country.

Regional commissioners were all recalled by the Ministry of Interior Security for redeployment as per the reports that we have with us.

Anne Ng’etich, who serves as the secretary in charge of Administration in the State Department of Lands and Physical Planning, was appointed as the new Interior Principal Administrative Secretary.

Anne Ngetich is said to have replaced Moffat Kangi who had been serving in the same position for a number of years.

Beverly Opwora, who is the Makueni County Commissioner, was appointed as the new Secretary of National Administration.

Jacob Namulen, who serves as the Wajir County Commissioner, was also appointed as the new Secretary in charge of Peace Building.

It has been reported that the changes came after a meeting President William Ruto held with Members of Parliament allied to Kenya Kwanza on the 5th and 6th of December 2022.

This morning, according to the available reliable reports that we have with us from Daily Nation Newspaper, five names came up in the meeting who the MPs wanted President Ruto to deal with.

The names are Rift Valley Regional Commissioner Maalim Mohamed and the County Commissioners of Wajir known as Namulen, Samson Ojwang of Trans Nzoia County, Stephen Kihara of Uasin Gishu County who was later transferred to Meru, and Erastus Mbui of the County of Nakuru.

The Mps accused them of favouritism towards the Azimio la Umoja One Kenya Alliance and frustrating them during the campaigns.

The replacements have already been named by the Interior Security Cabinet Secretary, Kithure Kindiki. 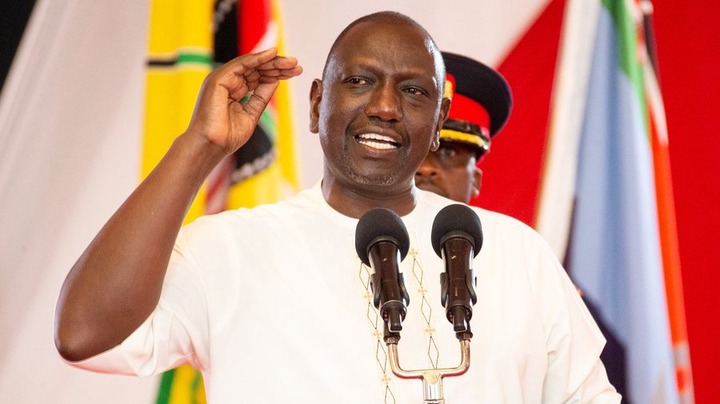 Picture courtesy. President William Ruto at a past event.