By RyanDeKing (self meida writer) | 28 days 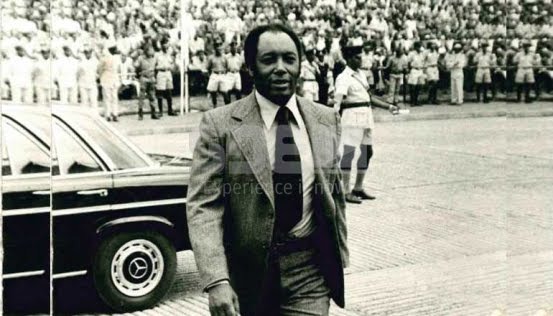 Besides Attorney General Charles Njonjo, Dr Mungai has been the other celebrated senior bachelor in Kenyatta’s inner court.

However, Kenyatta twilight years, the men considered likely to succeed him were “Moi by virtue of being the vice-president,” : “Second, Dr Njoroge Mungai _ Kenyatta’s nephew", writes Koigi wa Wamwere in 'The People’s Representative and the Tyrants'.

However, the late Reverend John Gatu once revealed to a Daily Nation journalist that Dr Mungai had been consumed by taking over from his cousin, Mzee Jomo Kenyatta, that he once built himself a presidential dais at his palatial home located along the Nairobi Nakuru highway.

He allegedly used to hold mock presidential addresses from his personal presidential stand in preparation for the day he would ascend to power as president of Republic of Kenya.

"Whenever his lofty dreams overwhelmed his reasoning faculties, he would take a bottle of champagne to Parliament members’ bar and ask bewildered Members of Parliament to toast to his coming presidency," reverend Gatu revealed.