By EsqEvans (self meida writer) | 25 days

One of the editors of People's Daily, one of the local newspapers is likely to be in trouble after one of its editors wrote a Damning Allegations about President Uhuru Kenyatta. 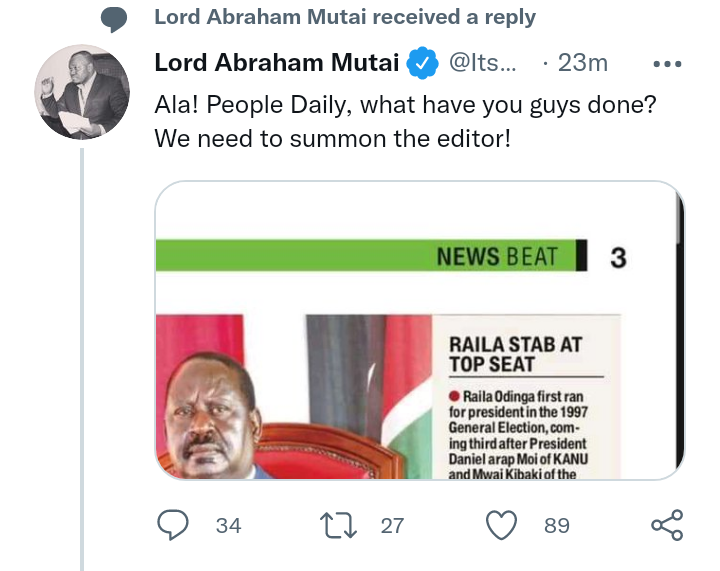 In the allegations The People Daily was trying to narrate occasions when Raila vied for presidency but failed. “Raila Odinga first ran for president in the 1997 General Election, coming third after President Daniel Moi of KANU and Mwai Kibaki of the Democratic party, DP respectively. Please leave a comment about this mistake in People Daily.